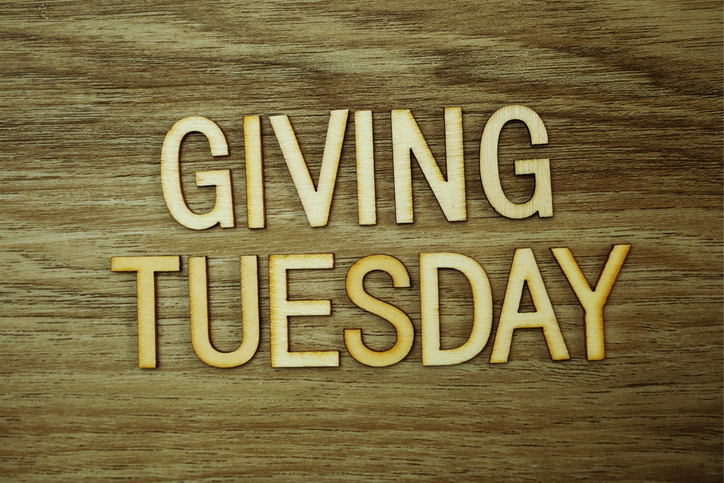 Giving Tuesday has been celebrated on the fifth day after Thanksgiving since 2011. It started as a response to consumerism and commercialization around the holiday shopping blitz. Since then, it’s become an international movement of charitable giving for nonprofits.

Social services and medical services are in crisis. They’re tapped to the max. These last few months have been trying times for the whole world. In light of COVID-19, Giving Tuesday has moved the date for Giving Tuesday to May 5th, 2020. They’re billing it as #GivingTuesdayNow as a day of global giving and unity. This is an emergency response to the urgent need precipitated by the COVID-19 pandemic.

The goal is to bring together nonprofits, communities, small businesses, brands and more to inspire generosity, to engage citizens, to activate business and philanthropic efforts, and to support communities and nonprofits on a global basis.

This fundraising effort will include a variety of events and activities from small minor activities to large, major events. The organizers aim to get as much involvement as possible from every group that’s willing to help.

Who Is Joining in on the Effort?

Many organizations have already signed on to support the event. Here is a list of current supporters:

Who Will Benefit from #GivingTuesdayNow?

The priority for this event will be to give to the leaders of the regions of greatest crisis or to leaders of those that have the lowest amount of resources to help give a boost to their own #GivingTuesdayNow initiatives.

In addition, Giving Tuesday is allocating $200,000 to promote The Starling Fund which will support a current network of leaders at the country and community levels.

Giving Tuesday encourages communities to take action to raise funds to support the very people who are risking their own health in the name of public service—our first responders and other frontline workers. In addition to supporting first responders, the group encourages offering support for organizations that provide food and housing and those that offer education and compassion to citizens that are greatly affected by the pandemic.

Last year, the GivingTuesday event generated $2 billion in the United States alone, which proves that #GivingTuesdayNow can be a success. Last year’s event inspired countless people around the world to give, volunteer their time, perform acts of kindness, and more.

Giving Tuesday makes a point to say that your giving doesn’t have to be large and it doesn’t even have to be financial. If you are remaining healthy through this crisis, you have something to give to those that aren’t so fortunate.

The group is encouraging everyone to find ways to show their generosity. Help your neighbors. Advocate for vulnerable populations. Share your time and talents. Give your time and money to causes that are important to you. Every act of generosity counts.

#GivingTuesdayNow is intended to be a multi-faceted event to reach the most donors possible. Many small and large events are in the works with many more in the development stages.

Communities across the country are raising up volunteer leaders by the hundreds for community foundations, local United Way groups, and other giving groups with the goal of raising funds and providing opportunities for supporting neighbors in need with safety in mind.

Foundation and corporate partners are calling on their employees across the globe to help provide the necessary technical resources and matching funds to support efforts on the ground.

Partners on the giving platform are offering up solutions to meet the needs of the crisis already and #GivingTuesdayNow will be coordinating their efforts which entails sharing data and collaborating on research into giving patterns based upon interest and impact.

#GivingTuesdayNow also recognizes that children are out of school and this is a great opportunity for youth to organize under the GivingTuesday Kids platform.

Veterans around the world are also activating their networks to support GivingTuesday Military. Military service members, their families, and veterans are engaging their communities in support of unity.

The online giving platforms are being organized by the GivingTuesday Data Commons on a global basis. Their work will entail conducting research to provide data on giving trends and donor behavior in response to crises. One of their goals is to support resilience in giving during times of crisis and help to establish best practices for the future.

A Global Emergency Response to a Global Crisis: A Strong Step Toward Unity

Asha Curran is the CEO of Giving Tuesday and she believes that people can find opportunities to support one another despite feeling sad about the crisis. She encourages everyone to use whatever power they have to commit acts of generosity during this time, whether it makes a large or small impact. #GivingTuesdayNow provides an opportunity to show support for organizations and services that vital to the health and vitality of our communities. Curran states, “Even as many face financial uncertainty, generosity is not about size. Every act of kindness is not only a beacon of hope, it’s a critical act of civic and social solidarity.”

While GivingTuesday has long focused on a one-day event for global giving, in reality, it’s turned into a global movement that lasts 365 days a year with the central theme of generosity. Leaders have launched over 200 campaigns in communities across the United States and in more than 60 countries. #GivingTuesdayNow is a global rally to combine the efforts of all people the world over to strengthen the connections between people, and thus, connect communities at a grassroots level. We can’t predict what the holiday shopping season will bring or the impact it will have on our economy, but we know the needs are great right now and #GivingTuesdayNow is being proactive when it really counts.

BOARDEFFECT CAN HELP YOUR ORGANIZATION WEATHER THE CRISIS

Benefits of Adopting a Board Portal Technology Before Going Public

In looking ahead toward an initial public offering (IPO), corporations need to be prepared for…

What Do Company Secretaries Do for Nonprofit Organizations?

Company secretaries perform a wide variety of important duties. For some nonprofit organizations, the question…

Digital transformation can help nonprofits work efficiently, enabling them to do more with less. Technology…