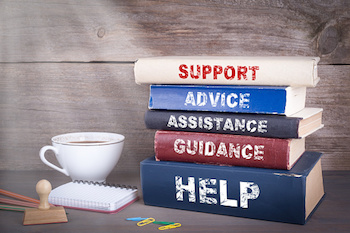 In general, advisory boards are a less formal group than a governing board of directors, and they usually serve on a volunteer basis. Individually and collectively, they tend to have expertise and specific industry knowledge that the governing board doesn’t have and may need at times.

Nonprofit boards may form advisory boards for their expertise, their willingness to make donations or both. Celebrities and other people with credibility to nonprofit boards and who can encourage donors and the general public to lend financial support for their cause.

Identify the Function of the Advisory Board

Scope, Concept and Nature of the Advisory Board

To avoid disagreements and disappointment, governing boards need to be clear about the duties and responsibilities that they require from the advisory board. They should be clear about whether the board will be calling on them individually as needed or whether the advisory board will hold meetings of their own. They should give clear instructions about how many meetings they need to have, which may be monthly, quarterly, annually or informally as needed.

There’s no standard for how many members should be on an advisory board. Governing boards can decide how many is appropriate. Since the advisory board won’t be voting on issues, it doesn’t matter whether the total number of members is odd or even. A good size for a working group is about eight members.

Advisory boards that will be holding meetings should appoint a board chair to facilitate them.

Don’t Set It and Forget It

It will take some effort to form an advisory committee. It takes less attention to keep it going, but boards need to remember that they need to stay involved and connected with the advisory board in addition to performing their governing board duties.

An advisory board can enhance an organization by introducing board members to key contacts. When networking is the advisory board’s purpose, the governing board needs to follow through and be sure to pursue opportunities for expanding their base of donors and philanthropists.

Don’t forget to express your appreciation and thanks to the advisory board for their input and assistance. It’s important to be cognizant that they are also volunteers and that their time is valuable.

Nonprofit board members are often stretched for time in their service to the board. An advisory board adds value to the organization, but it may bring as many challenges as opportunities. Before following through with forming an advisory board, nonprofit governing boards need to be sure that they have the human resources to be able to integrate and oversee the advisory board in order to make their efforts worthwhile.

Advisory boards are likely to be less cohesive in their thinking and philosophies than governing boards, whose members have been well-acquainted for a long time. In taking advice from and consulting with an advisory board, it’s important to consider the opinions and guidance from all of them. If there are too many conflicting opinions, take the issue back to the board so they can revisit it. Governing boards can then initiate discussions to sort out the various pieces of information in order to make good decisions. Be aware that advisory board members may be giving general advice. Be careful to apply their advice as it pertains to the proper context of the situation.

Nonprofit governing boards will get the best value from their efforts in forming an advisory board when they take the time to utilize them for their agreed-upon, stated purposes.

How to be an Effective Board Member

ESG, or environmental, social, and governance, is an issue that’s making big waves, and ESG…

Nonprofit Board Governance Mistakes – And How to Avoid Them

Good decision-making is essential for boards to successfully oversee a nonprofit organization. While mistakes may…