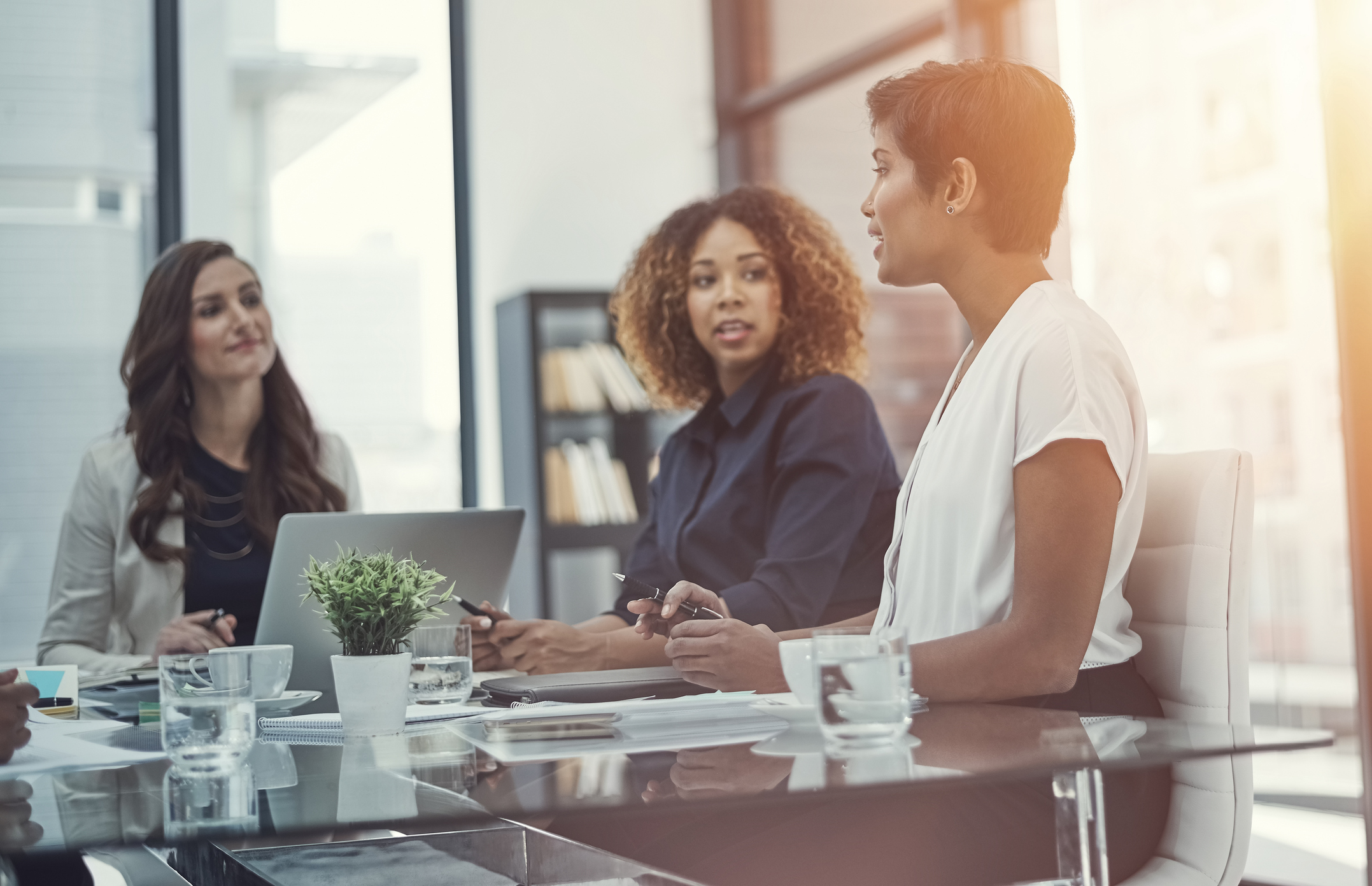 Some of our country’s best programs and companies come together when one or more people become passionate about tackling a problem that’s been on everyone else’s back burner for a long time. That was the case when Stephanie Sonnabend and Malli Gero put their heads together to devise a campaign to increase the number of women who serve on corporate boards. Women on Boards 2020 was born out of a desire to create gender parity in the boardroom. If this effort succeeds, women would account for 20% of U.S. corporate board directors by the year 2020.

Sonnabend sits on two corporate boards and is also President and former CEO of an international hospitality company. Gero is a public relations consultant. Both women have dedicated much of their time to improving women’s leadership opportunities. Frustrated with the slow progress of the acceptance of women board directors, the duo launched the campaign in 2010 in Boston, focusing on young people, companies with mostly male boards and consumers. It didn’t take long for businesses to take notice, and the campaign went national in 2011. Women across the country are monitoring the Gender Diversity Index (GDI) with excitement as the “W” companies grow. With just two years left, it’s a perfect time to check in and see how the campaign is coming along.

Women on Boards 2020 uses the Gender Diversity Index (GDI) to track the number of women on corporate boards. Every year, the GDI tracks the 801 Fortune 1000 companies that have remained on the Index since 2010 as a baseline for comparison.

Women on Boards also tracks other data like the number of women on the boards of current Fortune 1000 companies. They also track the percentages of women on boards from each state.

EY is a global entrepreneur services company that reports on a wide variety of business matters. The EY Center for Board Matters developed an ongoing series on board diversity that includes data about gender diversity based on S&P 1500 companies.

Using reports from both organizations, we get a pretty good snapshot of the progression of women on corporate boards.

What Do the Results Show About Gender Diversity on Corporate Boards?

Recent GDI statistics show that 53% of corporations added women to their boards of directors. Interestingly enough, they did it by increasing the size of the board rather than by replacing male directors. This move explains why larger boards tend to have some women directors.

The GDI shows that 14.6% of Fortune 1000 corporations had women on their board of directors. By 2016, the percentage of women directors for the same category of corporations increased to 19.7%, so the campaign obviously caught on quickly. Women on Boards 2020 was elated to announce that the campaign had surpassed its original goal of having 20% women directors by 2020 long before they’d hoped. Women now represent 20.8% of board directors on Fortune 1000 companies.

The GDI tells us a bit more about the balance of gender on corporate boards. Since the 2016 GDI report, men have lost 183 board seats. During the same time frame, women have gained 67 board seats.

An Update on the Progress of Women on Boards 2020

With two years left in the campaign, Women on Boards 2020 has either met and exceeded its goal of having 20% of women on corporate boards of directors, as shown by current GDI numbers. The Fortune 1000 numbers are trailing a bit, but not by much. Fortune 1000 companies have an average of 19.8% women on their boards, so they’re almost across the finish line.

From a state-by-state analysis, only 13 states exceeded the 20% mark. They are:

Evidently, the 2020 campaign has successfully increased awareness of the value of placing women on corporate boards. While Women on Boards has met its overall goal, their work isn’t finished quite yet. They will redirect their focus toward increasing the number of states that have boards that are at least 20% women. Additionally, statistics show that companies that are smaller and newer are less diverse. Only 15.8% of small and new companies have women on their boards. Moving forward, Women on Boards will place some of their efforts on increasing the number of women directors for new and small companies.

The Final Wrap-up on Women Directors

Women are making progress toward board director parity with men. As more women become business owners, CEOs and board directors, they’ve proven their worth. The highest percentages of women managers work in human resources, social services and education, so there’s plenty of room for women managers and directors to expand into other industries.

It’s still questionable whether boards are adding women directors solely because the 2020 Campaign is placing pressure on them. Increasing board size may be one way to lend an appearance of diversity on the board rather than making a genuine attempt to refresh the board.

Progress to bring women into corporate boardrooms has been slow, but it’s been increasing steadily for all sizes of companies. Women on Board 2020’s new direction to increase the percentages of women on a state-by-state basis and encouraging entrepreneurial and small companies to join the campaign is a good next step.

“Effective board leadership” is a hot topic. A Google search on the term yields about…

How to Build a Cybersecurity Risk Management Framework

When our country’s businesses are safe, our nation is safe. That’s the message that former…

Self-Evaluation Template for a Board of Directors

All board directors have room for improvement. Self-evaluation tools are a great way to assess…