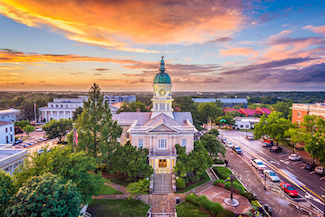 Boards of higher education institutions may be called by different terms and have slightly different underlying structures depending on whether they’re an independent college or university, nonprofit institution or public institution. The names of the governing bodies may include board of directors, board of trustees, board of regents or board of visitors.

In recent years, college and university boards have been called to task over concerns about the high cost of tuition, poor educational quality, affordability, the high cost of student loans and a poor job outlook for graduates.

These issues have raised concerns about the leadership of colleges and universities being out of balance and out of step as compared with other types of governing boards.

Structure and Composition of Colleges and Universities

The size of college boards is set by their charters and bylaws. The number of trustees can range from a few individuals to over 50 members.

History and tradition can be big factors in the wording of charters and bylaws, particularly for higher educational institutions that have been in existence for many years.

Trustees are either appointed or elected. They have set terms, which may be renewable. The Committee on Trustees acts as a Nominating and Governance Committee. Corporate leaders are often encouraged to accept seats on college and university boards. It’s also common for colleges and universities to select trustees who offer diverse representation to appeal to supporters from all facets of the community and their constituencies.

There are a few exceptions to the traditional election process. State governors often appoint board members to state public colleges. Colleges and universities that are run by religious organizations have their own governing councils that sometimes select or approve trustees. In rare exceptions, private colleges or universities may appoint a trustee for life when the person has demonstrated an exceptional commitment to the institution. Some colleges make a practice of appointing ex officio trustees who may either have full voting rights or just offer a representative voice. Ex officio trustees are usually alumni, faculty, staff or students.

Laws require boards of trustees to be the governing bodies of institutions of higher education. States may establish coordinating or consolidated boards as overseers of institutional boards of public colleges or universities and some states have both.

A coordinating board is usually one board that oversees all post-secondary institutions within a state. Coordinating boards may function only in the capacity of an advisory board, with no legal authority to approve the institution’s actions or programs.

A consolidated board may consist of multiple boards, with each bearing responsibility for one type of institution, such as a two- or four-year college.

There is some level of shared governance between trustees and faculty that sometimes extends to staff and students.

It’s important to note that individual trustees have little authority on their own accord. The board in its entirety is the legal owner of the college and its assets. As noted earlier, the board’s authority may be limited by a coordinating, consolidated or parent organizational board.

Responsibilities of Boards of Trustees

Boards of trustees set and reaffirm the institution’s mission. Historically, the boards’ roles have been limited to little more than choosing a president, approving policies and fundraising. Boards have basic responsibilities such as strategic planning, ensuring sensible management, supporting and evaluating the college president, reviewing institutional performance, monitoring the organization’s fiscal health and acting as community ambassadors. Trustees are usually also expected to support the college or university financially or to raise funds through their peers and personal or professional networks.

New issues are coming to the surface for boards of trustees in light of the recent volatility on Wall Street and national concerns over higher education related to costs and career outlook. Boards of trustees have long relied on the idea of shared governance to account for inaction by the board pertaining to the country’s dissatisfaction with the quality of higher education and affordability issues.

Boards in every industry are being more closely scrutinized for their role in protecting companies from risk and fraud. Higher education is no exception. Technology affects all facets of business and industry and it brings much risk and complexity with it. Regulatory bodies expect all boards to practice strong oversight and good governance. As a result, there is much pressure on today’s college and university boards to forgo the traditional roles of college boards of trustees in favor of transitioning to the same roles and responsibilities as boards in other industries.

To make this transition, college trustees will need to automate many of their new duties, which means setting up secure board portals to manage documents and processes, such as the BoardEffect platform.

To move forward in that direction, colleges and universities will need to alter the traditional framework and structure of boards and leaders, allowing boards to take more responsibility for oversight and planning, while leaving the daily management to the college president or CEO.

Making a successful transition will mean that boards will need to work collaboratively with the CEO and staff to learn more about prominent issues, such as:

Boards of trustees will also need to access independent experts and information to make the most informed decisions for the institution.

Change is always hard, especially when change requires challenging the history and long-standing traditions of higher education. One thing that is certain is that electronic board solutions will make the transition easier and more efficient as trustees make the transition to taking on more of a hands-on role.

Vulnerabilities of Using Microsoft Products for Board Members

On May 14, 2017, Brad Smith, president and chief legal officer of Microsoft, posted a…

Board Software for Nonprofits: Pros and Cons

In many ways, nonprofits operate much like corporate boards, but there are some important differences.…