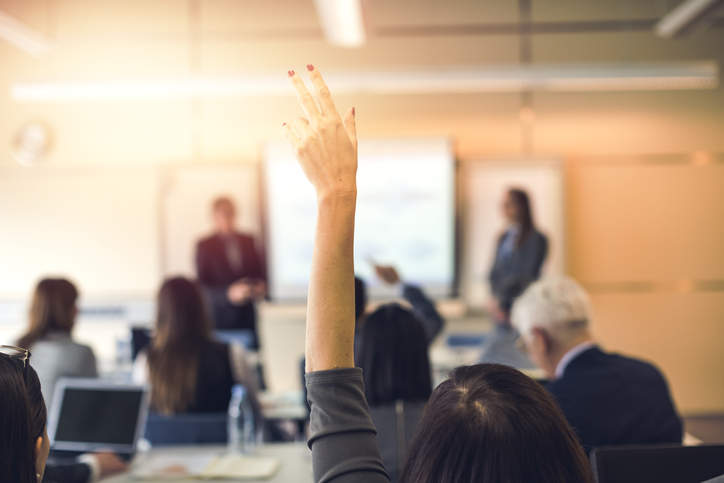 Nonprofit boards generally welcome robust discussions on motions, and when talks become unproductive, calling the question can bring them swiftly to a close.

We’ll explain what it means to call the question and outline how the process works. We’ve also got some great tips for new board members about calling the questions and other Robert’s Rules of Order protocols.

What Does It Mean to “Call the Question”?

Calling the question is a standard board meeting protocol under Robert’s Rules of Order. As standard as it is, it’s common for board members to get it wrong.

The call the question definition is a motion used to end the debate on a pending question and bring it to a vote immediately. You could think of it as a vote to begin the vote.

Calling the question is a meeting protocol that dates back to the 19th century in the British parliament and is still used in legislative bodies in some form today. For example, in the United States House of Representatives, the terms and limits for discussion are defined by the House, and a call for the question only requires a simple majority to pass. Calling the question in the U.S. Senate is called cloture. It works a bit differently in that it imposes strict limitations on debates instead of ending them. Cloture requires a three-fifths vote.

The Nonprofits Guide to Robert’s Rules of Order

Get the Complete Guide to Robert’s Rules of Order

What Are the Five Steps in Presenting a Motion?

To call the question according to Robert’s Rules of Order appropriately, board members need to be clear on the five steps required for presenting a motion, as they apply to motions to call for a question.

If there’s ever a question about the proper protocol for calling the question, Robert’s Rules explains the process in detail.

Board members should never yell out statements like “Call the question!” or “Question!” as it’s highly inappropriate.

As explained in the five steps for presenting a motion, a member calling the question must first have the floor and be recognized to speak by the board chair. Another member must second the motion. At that point, the board chair should not allow any debate on the issue but ask for an immediate vote.

A call for a question requires a two-thirds vote according to Robert’s Rules. The reason for the two-thirds vote is to protect the rights of the minority. It also protects the majority because it takes more than one person to stop the debate.

If the motion passes, the chair takes the vote on the previous question without the benefit of further discussion.

Although this isn’t something that commonly happens, calling the question can also be used on all pending motions. When this occurs, the board chair will take successive votes on each motion presented to the board.

Board members should know that Robert’s Rules of Order regarding calling the question does not apply to committee meetings.

Mentorship is an effective way to help new board members learn about Robert’s Rules. Mentors have excellent knowledge about standard meeting protocols and know where to find information for uncommon situations.

Serving as a board member offers valuable experience in learning about Robert’s Rules of Order as it gives them regular opportunities to observe other board members in practice and participate themselves.

Nonprofit agendas are packed with items for discussion, and parliamentary procedure is efficient for moving through agenda items. When it comes to a motion to call the question, Roberts Rules provides the guidance to manage it appropriately and without incident. Your board members will benefit by having access to Robert’s Rules during meetings to ensure the proper parliamentary procedure

The Robert's Rules of Order Toolkit

How to Make a Motion, Meeting Agenda Template, Tips, and Reminders, all in this one toolkit!

What Does Data Governance Mean in the Healthcare Industry?

The healthcare industry is made up of many moving parts. The scope and complexity of…

How to Ensure Good Governance for Your Nonprofit

Most commonly, people tend to connect the idea of governance with for-profit corporations. Governance has…