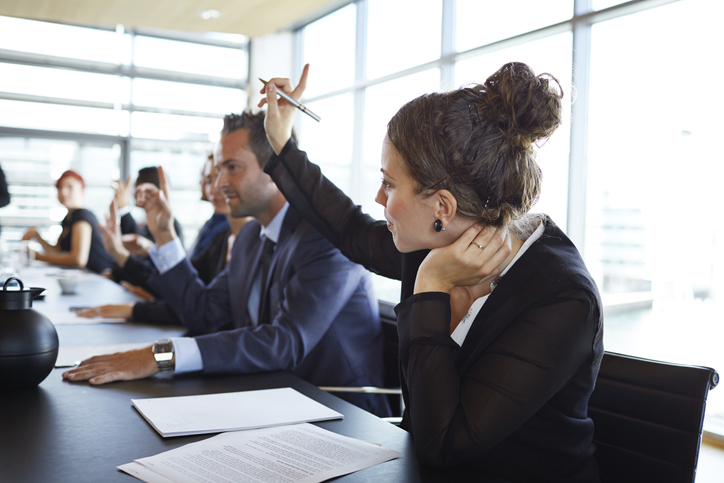 Corporate Governance for Boards of Directors

Imagine a handbook that covers every possible board situation that could come up at any profit or nonprofit organization. The book would be volumes upon volumes. It’s for this reason that Robert’s Rules allows some room for organizations to be flexible, under certain circumstances, and with specific rules. Main motions are the primary mechanism that boards use to act and move on business items.

Fix the Time to Adjourn

Example: A member makes a motion that the board adjourns at 5 p.m. on that day. If no other motion is pending, and there is another meeting the following day, the chair would ask for objections to the time. Hearing none, the chair sets the time for the day’s adjournment at 5 p.m.

When a board member wants to adjourn a meeting immediately and without debate, it is a privileged motion. This type of motion only yields to a motion to fix the time to adjourn.

Example: A board of directors meets quarterly. All items on the agenda have been discussed and it’s obvious that there isn’t any more discussion. The chair may announce, “Seeing as there is no further business, this meeting is adjourned.”  Alternatively, if all business items have not been discussed, the board may vote to adjourn the meeting.

In this type of situation, it’s a privileged motion that can’t be debated, amended or have a subsidiary motion applied to it. The chair would take up the motion immediately without reconsideration. The moving member may withdraw the motion from the floor.

Adjournment as a Main Motion

In both of those situations, the motion to adjourn is a main motion that is debatable, amendable, and subject to subsidiary motions. If the motion has been interrupted by intervening business, a member may renew it.

Certain situations call for a break, or taking a recess, during a board meeting, such as time out for meals or counting ballots. Taking a recess also commonly occurs during conventions that are held over more than one day where there is a recess built into the programming. Fixing the time to adjourn and moving to adjourn take precedence over taking a recess. Rules that pertain to taking a recess include:

Example: A motion was made to recess at noon for lunch for an hour. At the appropriate time, the chair announces that the assembly is in recess until 1 p.m. Business resumes after the recess as if no break had been taken.

Raise a Question of Privilege

Raising a question of privilege is used for situations where the comfort of the assembly needs to be addressed right away, such as heating, lighting, ventilation, or noise. Questions of privilege may also be brought to address concerns about the conduct of its officers or employees, to consider the presence of media at the meeting, or to question the accuracy of published reports. Rules that pertain to raising questions of privilege include:

Example: A member of the media enters the media while a board member is putting a question on the table. The journalist requests permission to videotape the meeting. A board member interrupts the member offering the question and requests a question of privilege. The member then asks if the journalist may videotape the meeting. The chair asks the members if there are any objections. If there are none, he states that the videotaping may ensue.

Call for the Orders of the Day

Example: The orders of the day state that a fundraising event is to be discussed at 1 p.m., but the assembly has not finished discussing amending a bylaw. A member may move to extend time for the question on amending the bylaw for an additional 10 minutes. A 2/3 vote grants the extra 10 minutes.

Orders of the Day

General orders specify the order (not the time) that business items, along with postponed items are addressed. Rules that govern general orders include:

Special orders require a 2/3 vote, because they suspend all rules that interfere with their consideration except motions to adjourn, recess, or to questions of privilege or other special orders that were made before it. Rules for special orders include: 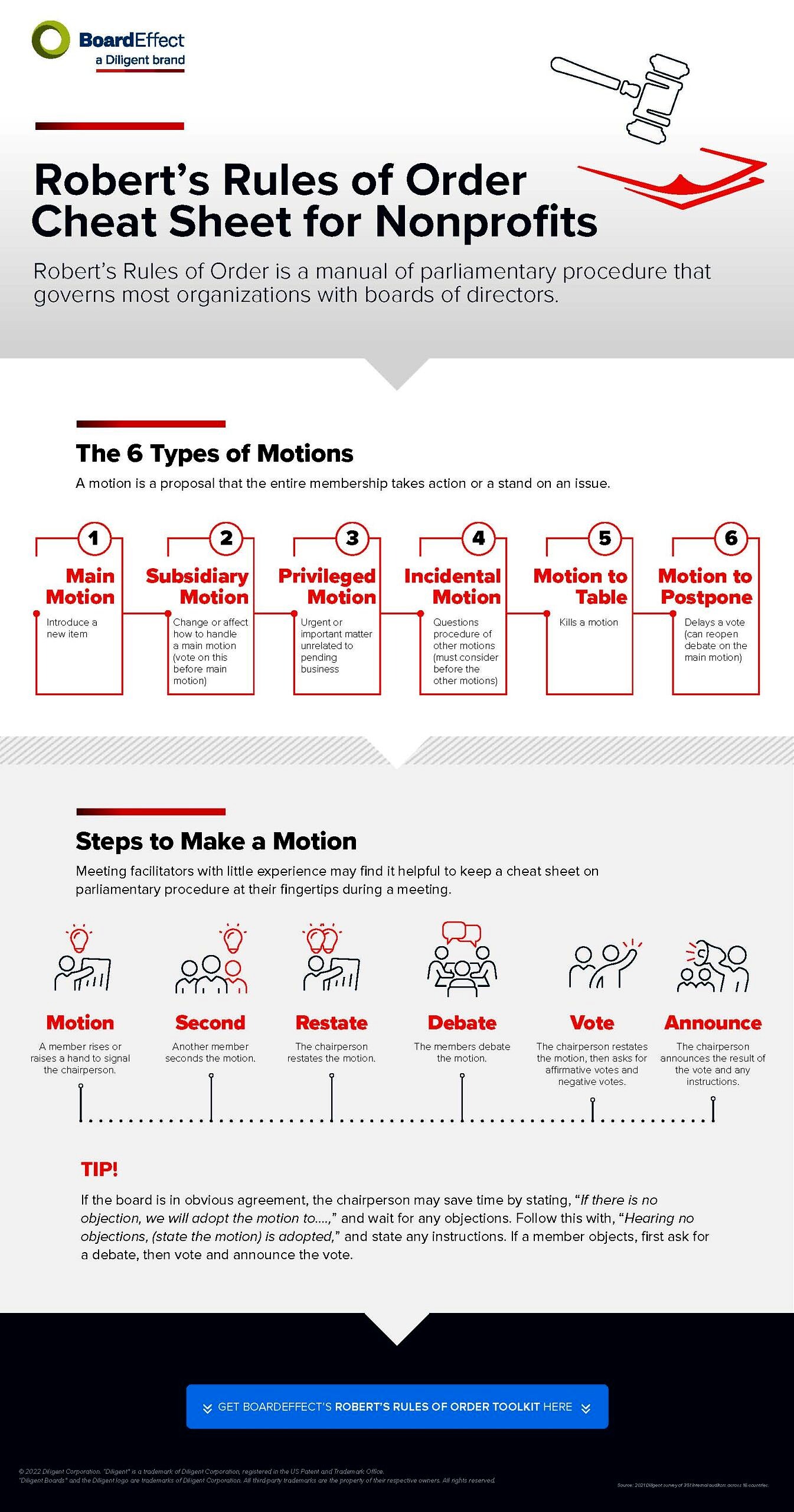 With BoardEffect, you can automate many of your board meeting processes, such as meeting preparation, taking minutes, sharing documents, and collaborating. Find out more by speaking with a governance advisor today!

See why over 220k users rely on BoardEffect for their board portal solution!

Are All Credit Unions Nonprofits?

How Online Meeting Software Changes the Game for Nonprofits

What Is an Advisory Council?