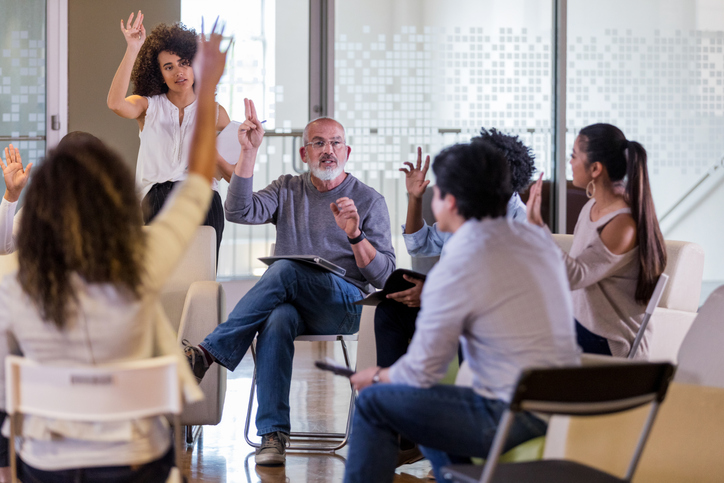 Procedures are fundamental in nonprofit voting, and nonprofit board members need to understand how voting abstentions work to ensure votes get counted accurately. It’s essential to make sure that board meeting votes are legal. By handling abstentions correctly reduces the chance that a vote could be challenged or dismissed.

Whether a board member has a good reason to abstain from a vote or not, the action sends a passive message to the other board members.

We’re outlining what an abstention is, why and how board members abstain, and how to record abstentions in your board meeting minutes.

What Is an Abstention?

Simply put, an abstention refers to the decision by a board member (or member of another body) not to vote. The board member isn’t voting for the issue nor against it.

In deciding to abstain from a vote, board members need to remember that they have a duty to serve the nonprofit’s mission and act in its best interest. As a demonstration of their fiduciary duties, they must always act with the same good faith and good care as an ordinary, prudent person.

Robert’s Rules of Order generally explains the right way to do things when in doubt about voting rules. According to Robert’s Rules, abstention votes don’t count as a “yea” or “nay.”

Usually, the bylaws for nonprofit boards will specify whether the issues will pass according to a simple majority or a two-thirds vote. In most cases, abstentions don’t count and do not affect the outcome of the vote.

What about a case where there are abstentions on a unanimous vote? Robert’s Rules doesn’t define the term unanimous vote, so it could be left open to the board’s interpretation.

Reasons for Nonprofit Board Members to Abstain from a Vote

Voting is a duty and a privilege, so why would a board member want to abstain from a vote? A board member might have one of the following reasons for not wanting to vote:

It doesn’t happen often, but board members don’t always state their reasons for abstaining from a vote.

How to Abstain from a Vote

There are a few ways to abstain from a board vote. Active abstention refers to a board member who verbally and clearly states their intention not to vote on a motion.

By contrast, passive abstention refers to veiling the decision not to vote. A board member might decide to cast an invalid vote by voting for an option that isn’t listed on the ballot or clicking the box marked “abstain.” Abstaining can also refer to a board member who doesn’t show up to vote at all.

How to Record an Abstention in Nonprofit Board Meeting Minutes

Abstentions may or may not be recorded in board meeting minutes, depending on the board’s preference.

If your board chooses to record abstentions, you can record them one of three ways:

Abstaining vs. Recusing: What’s the Difference?

Some boards use the terms abstention and recusal interchangeably; however, they have different meanings. Abstention refers to withholding a vote. By contrast, recusal refers to board members who remove themselves from a particular matter, especially regarding a conflict of interest.

It’s a bit of a technicality. Although, you could think of abstention as deciding not to vote on a particular matter. In contrast, recusal refers to withdrawing from the entire matter.

Any board member can voice their concerns about how votes are being taken during a board meeting. They have a responsibility to do so if they don’t believe a vote was recorded correctly.

A question that often surfaces is whether the board chair should verbally ask if there are any abstentions. Governance experts generally suggest that board chairs should not ask if there are any abstentions. Here is why. Board members have a duty to vote on important matters, but the board can’t require them to vote if they don’t want to. Suppose the board chair asks them to state whether they voted. In that case, it’s like asking them to make a record of a voting decision where they never intended to be on the record at all.

One exception is where the voting board members don’t have enough members to meet the quorum requirements. By recording the number of abstentions, you can demonstrate that your board established a quorum before the vote took place.

Another issue that can come up is when trying to determine a majority. Robert’s Rules defines a majority as those who are present and voting. Therefore, since abstainers aren’t voting, they aren’t counted as part of the majority.

To wrap things up, voting is an essential part of your board’s work, and BoardEffect offers board software to help you streamline your voting procedures and record abstentions, as well as provide a survey tool to poll board members on an issue before a vote takes place.

How to Take Meeting Minutes Kit

Everything you need to efficiently take meeting minutes

Questions to Ask Before Joining a Nonprofit Board

Has being asked to serve on a nonprofit board of directors taken you by surprise?…

Every industry carries unique types of risks. Due to student populations and school-related activities, institutions…

How to Run a Meeting With Robert’s Rules of Order