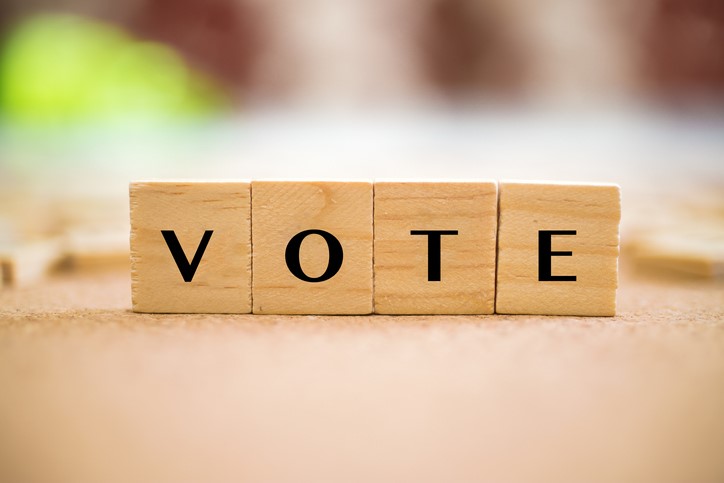 The premise behind parliamentary procedures is to ensure that everyone gets a chance to speak in meetings and everyone’s opinions will be heard. Regarding nonprofit vote procedures, the majority rules, and the group agrees to accept the final decision as the group’s decision which is representative of a true democracy.

Nonprofit Vote Protocol for Board Members

Nonprofit board members must consider two important issues regarding voting. They must consider whether the law allows it and whether their bylaws allow it. The role of parliamentary procedure is to provide a fair and equal process that supports a voting process that’s legal and binding.

Boards may hold their voting procedures by any of the following processes:

Before boards decide which method they want to use for a nonprofit vote, they must make sure it’s legal for nonprofits in their states and that their bylaws will support it.

As more and more board processes are transitioning to electronic processes, the question of the validity of written consent has become a topic of interest. Originally, written consent referred to mailing out a resolution to board members, having them cast their vote in writing, verifying it with their signature, and mailing it back to the board secretary. This type of vote is perfectly legal and works well for issues of unanimous consent.

Some boards have taken the liberty of using email as a means of voting by written consent. It’s vital for boards to consider that email votes are considered electronic proxy votes and aren’t legal in many states. It’s important for nonprofit boards not to cut corners out of convenience in ways that lead to illegal procedures that could nullify votes. The Risk of Boards Voting by Email describes issues that boards may face when allowing email voting for a nonprofit vote.

Fortunately, technology has advanced in the development of secure board portal systems for managing board activities safely and securely. As long as state laws, federal laws, and bylaws concur, a board portal system is the safest way for boards to vote by electronic means. Granular user permissions assure boards that the board president is sending resolutions to board members who are who they say they are. The high level of security on a board portal such as BoardEffect assures boards that their votes are confidential and safe from hackers.

The Role of the Bylaws

Second only to state and federal laws, a nonprofit’s bylaws provide the guidelines for voting eligibility. While state and federal laws have some limitations on nonprofit voting procedures, for the most part, governments are more concerned with making sure that charities operate exclusively for charitable purposes rather than what rules they use to govern themselves with.

In a board-driven nonprofit, the board is the ultimate seat of authority. Only the board has the power and authority to elect and remove board members.

Regular board refreshment for board-driven nonprofits is considered best practices. Boards that retain the same board directors, year after year, may become limited in their thinking and, as a result, become nonresponsive to the needs of their stakeholders.

Every nonprofit’s bylaws should outline the terms of office for board members and officers. Boards may establish successive or staggered terms. Ex-officio board directors are not always subject to board director term limitations. The bylaws address the specific rules for how board directors may be added, removed, or replaced.

Nonprofit board directors assume fiduciary responsibilities, which means that they must place the interest of the organization ahead of their own and they must make decisions for the organization as any ordinary, prudent person would. Fiduciary responsibilities are a legal mandate and board members may be held personally liable for not upholding them. For this reason, nonprofit board directors must hold regular elections and avoid the temptation to repeatedly reappoint the same board members. Failure to meet these obligations may result in state intervention and invalid votes.

The most common type of voting is an oral vote at an in-person meeting.

A general consent vote is considered a silent aye. Board members that don’t vote on an issue are counted as yes votes.

The standard procedures in this type of situation are for the board chair or secretary to send all board members a written resolution stating the matter under consideration via postal or certified mail. The board members cast written votes and return their ballots to the secretary by mail. After the secretary records the vote in the corporate records book, the hard copies of ballots are filed as documentation.

In conclusion, nonprofit board members must take their voting privileges seriously to avoid personal liability and liabilities for the organization. It’s vital that they understand all the laws and bylaws and fulfill their board duties accordingly. In time, laws may come to embrace and appreciate the security and accuracy that board portals provide in relation to board voting procedures. Future trends in nonprofit vote laws may more broadly allow electronic voting via board portals.

See how your nonprofit board can increase efficiency, practice good governance and improve performance with a BoardEffect solution.

Are Virtual Board Meetings Better for Nonprofit Organizations?

The onset of COVID-19 abruptly forced nonprofits to start meeting virtually. For many nonprofit organizations,…

Peer-to-peer fundraising campaigns have proven to be quite successful for nonprofit organizations. If you are…

What Is a Vision Statement and Why Is it Important?

Every new business or organization begins with an idea. Behind the idea is a vision…