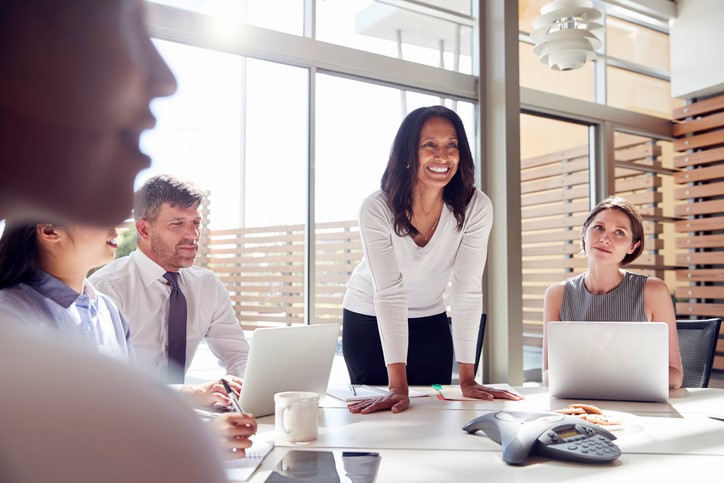 If you’re a Type A person who likes to have a place for everything and have everything in its place, you’re happy to attend a well-organized meeting. If you’re a Type B person who has a place for almost everything and everything is sort of in its place, you probably like well-organized meetings as well. Organized meetings that have well-enforced rules take the confusion out of who gets to speak first and what comes next on the agenda. Robert’s Rules of Order is the most common form of parliamentary procedure for meeting protocols. Having a sense of order puts everyone at ease so they can focus on the important work they have in front of them.

In the late 1800s, U. S. Army Brigadier General Henry Martyn Robert was facing the task of running a meeting in front of his entire church. Not wanting to let anyone down, the General did his due diligence in looking for resources on the proper way to run a business meeting. Unfortunately, after an exhaustive search for a manual on the subject of meetings, he came up dry.

Being the leader that he was, he put his mind to becoming the very first authority on parliamentary procedure. Using the knowledge that he learned doing his research on meetings, he got to work writing a set of rules that any group or organization could use to run a fair and responsible meeting. In 1876, he published his writings under the name Robert’s Rules of Order.  Robert’s Rules of Order has been revised several times since then, but it’s currently still widely used globally and it’s in its 11th edition.

What makes Robert’s Rules of Order so popular is that it allows the minority to have a voice while balancing it with the rights of the majority to act and to make collective decisions.

A Basic Understanding of Robert’s Rules of Order

One of the most basic rules of parliamentary procedure is advance notice of a meeting, which is required for certain types of meetings. The goal of advance notice is to ensure that all participants are aware of when and where the meeting will be held, what they’ll discuss and the order in which they’ll discuss things. Board directors usually vote to approve the agenda at the start of the meeting; once that has happened, nothing additional can be put on the agenda or discussed at the meeting.

The board has the discretion to decide whether they’ll allow the public to participate openly in the meeting. Most boards opt to impose a time limit for members of the public to speak, especially when the audience is large or one or more of the agenda topics are controversial, to prevent meetings from becoming overly lengthy or getting out of control. If any part of the meeting gets out of control, or the board needs to discuss items of a sensitive or confidential nature, they may choose to go into a closed session, which is also called an executive session. When boards choose to allow members of the public to speak, it’s a time for board members to listen and to consider their opinions, but it’s not a time for board directors to respond publicly or to make decisions on the spot.

Each item on the agenda is an official item for discussion. Board directors open up a discussion by making a motion. Once board directors make a motion, it’s considered to be “on the table,” and the board chair must handle the motion in some manner.

Just as meetings have rules and an order for things to happen, motions have a hierarchy among them and rules for how the board chair should handle them. Board chairs must handle meeting motions in the proper order and according to the proper rules. Boards may debate some motions and not others.

Motions to adjourn, call to recess, lay an item on the table, discuss the previous question, ask to limit or extend the debate, and questions of privilege are all undebatable motions.

Boards may have debates about when to postpone the meeting, delegating an item to a committee, amending a prior motion, postponing an item indefinitely and introducing a main motion.

When it becomes clear that the board isn’t ready to make a decision on an item, rather than vote on it, a board director could choose to postpone the item indefinitely. That gives the board the option of taking up the item at a later meeting. Under this circumstance, a board member makes a motion to postpone an item and a different member must give it a second before the entire board votes to postpone it.

A skilled board chair or facilitator will know when it’s time to wind the discussion down and bring it to a vote. At the appropriate time, it’s proper for the board chair to “put the question,” which signals the board for someone to move to call for a vote on the question. The motion to vote should signal a second on the motion, and a call for the vote. If two-thirds of the board votes in favor of the question, it passes.

When all the agenda items have been discussed, a board member makes a motion to adjourn. Another member gives it a second, and the group votes on whether to end the meeting.

There are many more types of motions and a long list of rules on how to handle them. Board members don’t need to memorize every detail of the rules. Most boards keep a copy of Robert’s Rules of Order handy during meetings in case they need to look something up.

Perhaps one of the most difficult and time-consuming parts of meeting planning is developing the agenda and putting the board book together. A BoardEffect board portal makes that part of the process easy, with an electronic template where boards can add items in seconds. The program also allows them to attach documents and reports by adding links. A board portal streamlines the agenda process, saving boards much in time and material costs.

The agenda and Robert’s Rules of Order are important tools for board meetings, which, combined with a board portal, provide the necessary ingredients for a well-run board meeting.

What are a Board Member’s Responsibilities?

As a whole, the board of directors bears a legal responsibility to govern a corporation.…

Tips from the Hot Seat: How to be a Better Board Chair

Having a Purpose and Leading with Purpose — Is There a Difference?

Leading with purpose is a topic everyone is talking about, mainly because it is a…