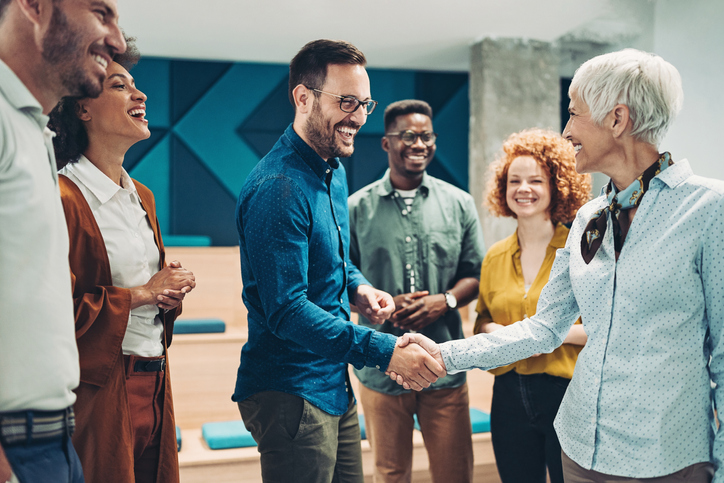 When we think of diversity in the nonprofit realm, we tend to think about it in terms of race, ethnicity, culture, religion, etc. However, not everyone considers the benefits of age diversity. Nonprofit boards are not well known for recruiting young people to serve on their boards. Yet, young people bring in fresh ideas and perspectives to everything they do.

To attract younger board members, you need to know something about them. While the Gen Z and millennial populations have a few differences, what they have in common is their love for technology. The right technology will be an incentive to recruit younger generations to work with your nonprofit.

Core Characteristics of the Gen Z and Millennial Populations

By learning the core characteristics of each younger generation, your board will better understand what they care about and what inspires and motivates them. We’ll look at them one at a time.

The millennial generation was born between 1980 and 2000. One of the most notable characteristics of millennials is they’re considered digital pioneers.

They’re a tech-savvy bunch who grew up when technology and social media began to explode. They tend to spend a lot of time on social media, which makes them great multitaskers. While occasionally distracted by social media platforms, they can stick to tasks once expectations are clear.

Millennials are also known for having a sense of self-importance, entitlement, and instant gratification. Some attribute this to the fact that they use the internet for everything, which makes them more knowledgeable in many areas than people of other generations. Adding to that, millennials grew up during a time when most of them received lots of praise and adoration from their parents.

Millennials care intently about diversity, and they don’t like to see organizations that merely pay lip service to it. They prefer to see diversity in action.

The millennial set values a work-life balance and is unwilling to sacrifice it for volunteer opportunities or a career. What’s more, they enjoy careers where they have an opportunity to make a positive social impact.

Millennials have several qualities that make them good candidates for nonprofit board service. They’re team-oriented, and they enjoy collaborating with others. They’re transparent, open, genuine, and honest, and they want assurance that the group they work with will value their opinions. Millennials have a straightforward communication style and prefer simple, concise language.

The Gen Z population was born after 1995 and makes up about a tenth of the nation’s population. This generation is just now starting to enter the workforce.

During the course of their lifetimes, the racial demographics started to shift. Gen Z is the last generation that will be predominantly white. About 52% of the Gen Z population is white, 25% is Hispanic, 14% is black, and only 4% is Asian.

They were the first generation to see the election of a Black president and the passage of gay marriage laws. Most of them value racial diversity because they grew up in diverse households and had diverse groups of friends. Gen Z individuals also largely grew up in nontraditional families, many of whom were raised by single parents, multiracial couples, or same-gendered parents. As a result, things like racial differences, sexual orientation, and religion don’t faze them much.

The Gen Z population grew up during the Great Recession when the rental market was stressed. Out of necessity, they learned to be frugal shoppers who spend conservatively. They are known for using the internet to make informed decisions, and they typically read online reviews before making decisions. They also tend to like sustainable products and other things that reflect their core values.

While millennials are considered digital pioneers, The Gen Z population is considered to be digital natives. They were born during the peak of technological innovation. Information has always been easily accessible to them, and social media is part of the fabric of their lives.

While Gen Z-ers excel at technology, some might say that spending too much time on devices has led to isolation and poor social skills.

Members of the millennial and Gen Z populations have the potential to make valuable contributions to your nonprofit, so let’s look at how to attract them to serve on your board.

How to Attract Younger Members to Your Nonprofit Organization

The keys to tapping into the talented younger set lie in how committed your nonprofit is to digital transformation.

For example, if your nonprofit is not set up on several social media platforms and your website is not optimized for mobile devices, younger generations will not perceive your nonprofit as relevant. Bear in mind the Gen Z population used portals and learning management software programs all the way through school. It’s the way they learned how to engage with others. They expect to use technology in any work they do, including employment, volunteering and serving on a board of directors.

Like millennials, the Gen Z population values flexibility and a balanced work/life schedule. Both generations lived through the pandemic, and both have come to expect meetings will be held in hybrid form. Boards will have an easier time recruiting from both populations when they can offer a remote work environment and virtual meetings.

Both populations also value opportunities for advancement and education. By offering younger people opportunities to grow with your nonprofit and hold leadership positions, they will become loyal followers for a lifetime.

Millennials are hard workers who respond to praise and recognition. Nonprofit boards that recognize their accomplishments publicly will incentivize them to work harder and enjoy it more.

Both generations are committed to diversity and inclusion. If your board is falling short in that area, why not acknowledge it upfront and enlist some help from the younger set to make some strides?

The fact that both generations are highly tech-savvy is a huge benefit to nonprofits. Whether you currently have a board management system or are ready to invest in BoardEffect, you can count on a millennial or Gen Z-er to teach the rest of the board all the great, efficient ways to use the system in short order. They’ll also be happy to get your social media platforms in tip-top shape. In turn, your board may be able to teach Gen Z board members a few things about soft skills.

Quote: “My experience is authenticity and honesty always works best with people my age and younger, and even older. Millennials specifically really respond to keeping it real about your opinions.” Meghan McCain, American TV personality, columnist, and author.

See why over 220k users rely on BoardEffect for their board portal solution!

The Ideal Exit of the Nonprofit Executive

To pay or not to pay? That is the question…which heated up a surprisingly emphatic…

The Relationship Between the Executive Director and the Board

Companies and organizations go through various phases and stages in the business cycle. Whether an…