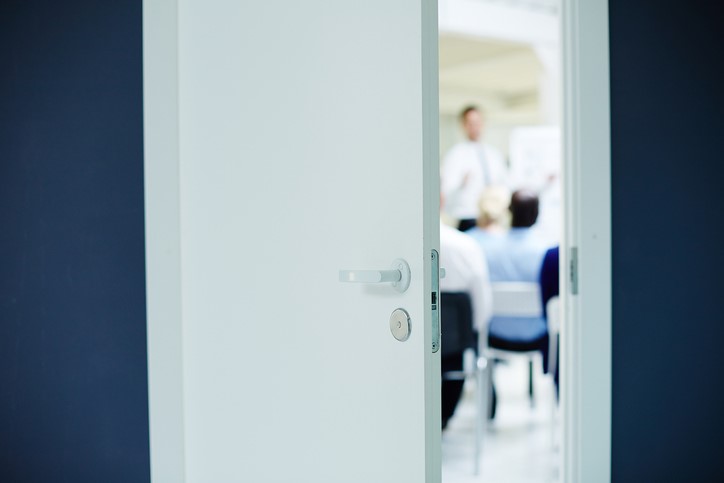 Open meeting laws were enacted as a result of citizens’ concerns over government meetings that were held in secret. Citizens rightly felt that if they were paying taxes to a government, or if governmental decisions affected them, they should have the right to attend and participate in those meetings. Citizens also expressed concerns that government officials sometimes met informally at mealtimes and in other settings where they discussed business to which the public wasn’t privy. Citizens became suspicious about discussions and decisions that affected them and where governments refused to give them a forum to voice their concerns.

Over time, government bodies at the federal, state and local levels gradually enacted open meeting laws to allow for greater transparency and public participation in government. Nonprofit leaders of certain types of nonprofits need to be aware of laws on every level of government to make sure they don’t intentionally or unintentionally fall out of compliance.

Common types of nonprofits that are subject to open meeting laws are:

This isn’t a comprehensive list. If you’re not sure if your nonprofit is subject to open meeting laws, it’s best to consult with an attorney who specializes in nonprofit law.

Open meeting laws nearly always require boards to post public notice of the meeting. The law may specify the timeframe in which the notice must be posted before the meeting. Laws may also sometimes specify where to post notices. In most cases, boards are required to hold meetings in physical locations that are easily accessible by the public. Where exceptions are relevant, it helps board directors to list the statute that describes the exception on the public notice.

Nonprofit board directors should also be aware that the laws and rules may be different depending on whether the meeting is a regular meeting, a special meeting or an emergency meeting. Nonprofit leaders should also be aware that open meeting laws also extend to committees and that they may be required to allow the public to attend and make records available for public viewing.

Open meeting laws at every level are often lengthy and filled with legalese. The laws usually define terms and instruct nonprofit leaders on how to handle special circumstances and exceptions to the law. Nonprofit board directors should pay special attention to issues such as:

The issues that affect the public can sometimes become contentious. For that reason, open meeting acts often contain a provision for how boards can handle situations where the public becomes disruptive or unruly during a public meeting. For example, some laws give boards the ability to clear the room under such a situation. The rules often also indicate whether the media can remain in the room if this situation were to occur. Governments added this exception because they expect citizens to voice their concerns in ways that are safe and responsible.

Open Meeting Laws Give Certain Rights to the Public

Citizens can look to the laws to find what rights they have under open meeting laws. Generally, they have the right to attend and participate. They may also be entitled to freedom of information about actions and discussions that took place at open meetings. Some states and municipalities also have laws that require boards to share internal email correspondence. Another common exception is that citizens may not have rights to information about issues that boards address while in closed session.

Nonprofit Board Directors Have Liabilities for Noncompliance with Open Meeting Laws

In most cases, noncompliance with open meeting acts is due to human error. However, as mentioned earlier, human error won’t necessarily take nonprofit board directors off the hook with respect to their responsibilities. Automated processes for board meeting cycles eliminate some of the worry over forgetting or overlooking important meeting protocols for open meeting acts. BoardEffect’s board portal supports every stage in the board meeting process. BoardEffect streamlines the process for creating board books and agendas, and documenting meetings with meeting minutes.

BoardEffect’s board portal can help to ensure that boards post meeting notices properly and on time. The portal provides unlimited cloud-based storage for public notices, agendas and minutes in case they are ever subpoenaed for a court case. Board portals also store information from closed sessions so that information is confidential and private while allowing boards to release that information if they’re required to by law.

Board portals assist nonprofit board directors with every part of the meeting cycle, including creating online board books, scheduling meetings and other activities, getting approvals and assigning tasks for action items.

Open meeting laws don’t apply to every nonprofit organization. Board directors of nonprofits that are subject to open meeting laws need to be knowledgeable about what the laws say and what they need to do to remain in compliance because the risks of noncompliance can be costly and can damage a nonprofit’s reputation. Board portals are a good tool for nonprofit boards to use to ensure good governance practices and can help keep nonprofit board directors out of harm’s way and out of court.

Strong leadership is vital for nonprofits and succession planning helps you maintain that. Key board…

Board of Directors vs. Board of Management: What is the Difference?

How to Navigate a Perceived Conflict of Interest for a Board

Everyone has a different sphere of influence and circle of friends. The wider your circle,…