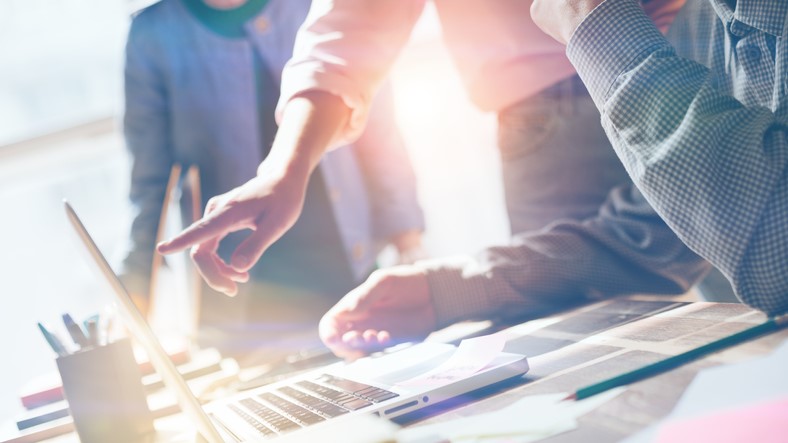 A conflict of interest occurs when an individual or an entity has a clash between personal and professional duties or responsibilities and that clash gives them the benefit of personal or professional reward. Often, this happens because someone has a vested interest such as money, status, knowledge or reputation that places them in a position where the position calls the objectivity of their decision-making into question. A conflict of interest can occur when one party stands to benefit because of their position with another party.

The Federal Acquisition Regulation (FAR) provides an exact definition of OCI as a situation where “because of other activities or relationships with other persons, a person is unable or potentially unable to render impartial assistance or advice to the Government, or the person’s objectivity in performing the contract work is or might be otherwise impaired, or a person has an unfair competitive advantage.” (FAR 2.101.) Here’s a look at organizational conflicts of interest—three types.

Conflicts of interest can be real or apparent. A real conflict exists when an employee participates personally or professionally in situations where matters have direct results on the financial interest of an employee, their family member, partner, or an organization they’re involved in. This is a legal violation. FAR may grant a waiver under certain circumstances.

An apparent conflict of interest occurs when an employee is involved in matters with certain outside parties or situations where a reasonable person with knowledge of the situation could question the employee’s impartiality in the matter. A Deputy Ethics Counselor has the authority to determine whether the conflict exists or not.

If OCIs aren’t brought to the surface and dealt with appropriately, contractors can e excluded from competing for contracts, have an existing contract terminated, or the contractor can be suspended from performing on future federal government contracts.

Contractors are required to avoid, neutralize, or mitigate OCIs to prevent an unfair competitive advantage or conflicting roles that might impair their objectivity. Contracting officers, the GAO, and the courts are usually amenable to a mitigation plan as long as the contractor has thoroughly investigated the OCI and worked to resolve it and the plan is appropriate to the situation.

In situations where there is unequal access to information, the contractor can mitigate the situation by establishing a firewall, security measures, or procedures that effectively block the flow of information between the contractor and its personnel who have access to public competitive information and those contractors that prepare the proposal. The other option is to share the information with all competing offerors to level the playing field.

When work under one government contract creates a situation where it benefits other government contracts, it creates an OCI due to impaired objectivity. Contractors that give subjective advice whereby its other business interests could be affected by their judgment or advice, it sets up a situation where its objectivity could be impaired. As an example, contractors that have an opportunity to assess themselves, affiliates, or competitors under a separate contract or evaluation of proposals could be considered an OCI due to impaired objectivity. It doesn’t matter if the contractor gave biased advice. It only matters if a reasonable person would believe that the contractor’s objectivity could be impaired.

When a contractor has helped set the ground rules for procurement of another government contract and then submit a proposal for that contract, it’s an OCI because of biased ground rules. The government doesn’t allow situations that could sway competition in any firm’s direction, whether it was intentional or not.

Contractors should avoid submitting proposals where they helped establish the rules.

Companies should have policies that help to identify and avoid organizational conflicts of interest. The best way to protect themselves is to detail their policies in their bylaws and store them securely in BoardEffect’s board management software system. Contractors have a responsibility to protect fair business practices. BoardEffect’s system will help them navigate and mitigate any unintentional OCIs as they arise.

In the world of charitable activities, it’s common to hear people using the terms nonprofit…

Our Guiding Principle Series draws to a close with a focus on Mobility. Over the…

It’s often said that students are our future leaders. The origin of that statement dates…