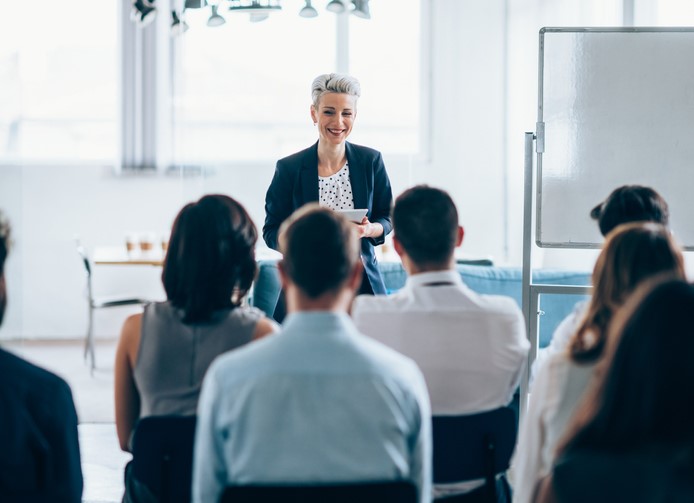 Let’s start by imagining possibilities in the world of organizational “rules” for a nonprofit group.

The group’s charter—that provides certain guidelines, right? Correct. And state laws? Always. What about good old Robert’s Rules or another parliamentary authority? Yes, for sure. And how about something like, a tradition that every meeting for our group starts at 7:00 p.m. on a Monday—do these kinds of “rules” count? Actually, yes.

So, bravo on guessing several of the potential rules categories that might apply.

But the following outline orders these rules because the real issue is priority—understanding what each category of rules is and which you should apply first in making decisions for your group.

Here’s a quick guide on governing documents and rules for nonprofits—listed in priority order.

Statutes are rules enacted by a state legislature. And they win the spot for “check first.”

It is not uncommon for state statutes to speak to issues of quorum and notice, for example. So, in making a decision, if there is a conflict between your organization’s documents and the laws of your state, you must follow state law. To find the laws that govern your group, look at your state’s statutes under “non-profit corporations act” or a similar category of laws.

A charter (or articles of incorporation) is the document that says, “Your group is official.” It validates an entity’s existence and makes the name and purpose of the group clear. When a state statute does not speak to an issue, but your charter does, start by considering the charter.

Bylaws are specific to your group. They define the primary characteristics of the organization, describe how it functions as a nonprofit, and state the rights and duties of members.

Bylaws also include rules that are so important they cannot (and should not) be changed easily. Generally, bylaws should include at least these nine pieces of information: name, object, members, officers, meetings, executive board, committees, parliamentary authority, and amendment procedures.

A group also needs to pick a rulebook to guide organizational governance in matters not addressed by state law, charter, or bylaws. By definition, a parliamentary authority is a set of published rules about parliamentary procedure that an organization decides it will adopt and follow.

Robert’s Rules of Order is not the only one which can service non-profits, but it is a common option used to help facilitate the smooth functioning of an assembly and provide a firm basis for resolving questions of procedure.

Special rules are those which supplement or modify what was just mentioned—a group’s chosen parliamentary authority. Special rules allow for fine-tuning of certain points of the official rules.

Now, you may wonder why anyone would want to add rules to an already sizeable rulebook. And the basic answer is that when a group realizes that a parliamentary rule doesn’t really work for the organization, an adaptation is needed.

Special rules do just that: they are fantastic for tweaking a parliamentary procedure rulebook to fit the needs of your group—to provide for specific situations where your non-profit wants to operate a little differently. (Read on for an example of a special rules circumstance.)

But what about practices that are treated as rules because “we’ve always done it that way”? These types of “rules”—technically called “customs”—are totally fine, as long as the practice of these traditions does not conflict with other rules higher in the hierarchy (bylaws, charter, or parliamentary authority). And if a custom does break a higher rule, the solution is actually easy: either make a group decision to stop the custom and abide by the parliamentary authority, or else adopt a special rule to legally allow for it.

An example will define this category a little more clearly.

Let’s say that your organization has identified the Standard Code of Parliamentary Procedure as your parliamentary authority. (This rulebook is another very common alternative to Robert’s Rules.)

Concerning the particular issue of how many times an individual gets to speak during a meeting and for how long, the SCPP is silent. And, key point, silence in the rulebook allows for parliamentary procedure customs. In this case, then, your group could follow whatever speaker rules custom you like—you can create your own frequency and time limits or have none at all.

But if Robert’s Rules of Order is your designated parliamentary authority, Robert’s Rules says, each speaker gets to speak twice, for ten minutes each time on any motion. (Which, by the way, is a long time.) And if your group has always, as a custom, preferred to allow people to talk forever, and for as many times as they like, you need to adopt a special rule on this issue instead of practicing your “custom.”

The last set of rules in the list is related to matters that are not parliamentary procedure related, but are just details of a group’s management—administrative matters. For instance, perhaps members always have to wear an official nametag to gain entrance into the annual business meeting. A practice like this is not parliamentary procedure. It’s just a group method for making sure only members will get in to vote and discuss.

There is a method to the madness of organizational rules: Start at the top and work your way down—laws of the land should be applied first, and group habits come in last in order of importance.

Sarah E. Merkle is one of only five lawyers in the world to have earned the two highest parliamentarian certifications. For fifteen years, she has helped local, regional, and national clients make decisions that honor the law and efficiently move business forward without disruption.
Sarah serves as the blog editor and primary contributor for The Law of Order: A Resource on Parliamentary Procedure & the Law. She knows that parliamentary procedure is about more than taking minutes or understanding the latest edition of Robert’s Rules of Order. She views meeting rules as a tool to help organizations—small and large—achieve their goals and navigate the sometimes crazy world of governance. And as a former educator, she knows how to make the tricky parts understandable.
Sarah works at Bradley Arant Boult Cummings, a regional law firm with over 500 lawyers. She can be reached at smerkle@bradley.com. Read her other posts at lawoforderblog.com.

Why Do Nonprofits Need to Understand Open Meeting Laws?

How Nonprofits Are Providing Support During COVID-19

How to Remove a Board Member