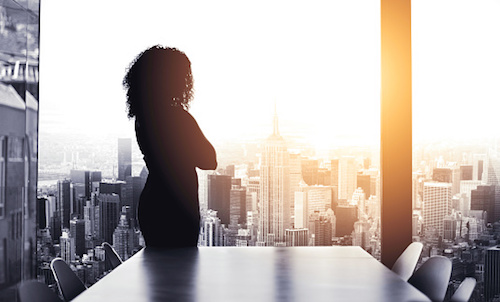 It’s hard to imagine that millions or billions of dollars could go missing — unnoticed by anyone. Yet nonprofit embezzlement cases prove that all nonprofits are at risk of this type of crime.

Is your board familiar with the kinds of embezzlement schemes that could happen? Are you confident that your internal controls are adequate? If anyone reports red flags of embezzlement, do you have a plan of action for investigating it? These questions and others make great topics for your nonprofit board agenda.

While you may be convinced your nonprofit has adequate internal controls in place, be aware that new types of embezzlement schemes could emerge at any time. It’s worthwhile for your board to discuss top nonprofit embezzlement cases of the past and recent cases to learn how to avoid similar situations at your organization.

We’re providing eight examples of nonprofit embezzlement cases to spark dialogue at your next board meeting.

What Does the Research on Nonprofit Embezzlement Cases Say?

The report also showed the following:

These statistics demonstrate that nonprofits could be doing more to prevent embezzlement. A good first step is to bring examples of embezzlement cases into the boardroom and discuss them openly.

No one could forget the Enron scandal, where one of the largest embezzlement cases in the world resulted in $11 billion in losses due to corporate abuse and accounting fraud. Shareholders lost $74 billion of their money. While this is an example of a top corporate embezzlement case, it stands as a notable lesson for nonprofits that embezzlement schemes have the potential to loom large and stand long without detection.

An arts center lost $1.48 million over five years in a scheme by a low-level accounts receivable employee. The employee created fake companies, assigned vendor numbers to them, and then submitted invoices for work never performed.

Despite enjoying an attractive salary and benefits package that totaled over $460,000, a CEO of a large charitable organization embezzled $1.2 million of the nonprofit’s funds. He was convicted of 71 counts of fraud, conspiracy, tax evasion, and money laundering. A shocking investigation revealed that he had spent the money to support a lavish lifestyle and to impress a teenage mistress.

A nonprofit lost $500,000 when it was discovered that its former chief financial officer wrote fraudulent checks to herself and forged her supervisor’s signature on them. Her crime was uncovered when she resigned from her position, and the new CFO discovered the missing checks.

4. Embezzlement of a Nonprofit that Supports Children and Families

The interim director and director of political affairs embezzled over $60,000 from this nonprofit that supports children and families. The employee made 83 personal transactions using the nonprofit’s credit card.

A former senior advisor to a former United States president allegedly embezzled over $200,000 from a charter school network. The nonprofit consists of a network of charter schools the senior advisor founded in 2005. The man is being charged with wire fraud, money laundering, and making a false statement to a bank. This is a good case for nonprofit boards to monitor as it’s ongoing.

An employee embezzled $1.4 million from a nonprofit. The woman made over 350 unauthorized wire transfers and issued over 250 checks to herself, her husband, and several of her creditors. She was arrested and placed on a pretrial release with the condition that she refrain from illegal activities.  However, that didn’t deter her. She used a different name to secure employment with a different nonprofit and failed to disclose her prior indictment. She stole $57,000 from the second nonprofit during her pretrial release period.

Labor unions fall under nonprofit status, and they’re also at risk of embezzlement. A benefits manager stole over $42 million from the union’s bank accounts for personal use. While the woman enjoyed a lavish lifestyle, travel on private jets, and expensive jewelry, workers discovered their retirement accounts were empty, leaving them without income for retirement.

An administrative assistant working at this nonprofit admitted to embezzling over $5.1 million in a scheme that went unnoticed for eight years. The employee had access to critical financial systems, and she created fake invoices in the names of legitimate groups. She approved the invoices for payment, and when the checks were ready, she cashed them herself.

While many of these schemes have been successful in the past, your board should be on alert for emerging technology-related embezzlement schemes such as these:

To learn more about the Ins and Outs of Internal Controls for Nonprofits, check out the BoardEffect blog.

See why over 180k users rely on BoardEffect for their board portal solutions.

Get the Most Out of Being a Nonprofit Board Member

Nonprofit boards recruit board members intending to choose the best candidates to lead the organization,…

What Are the Three Types of Organizational Conflict of Interest?