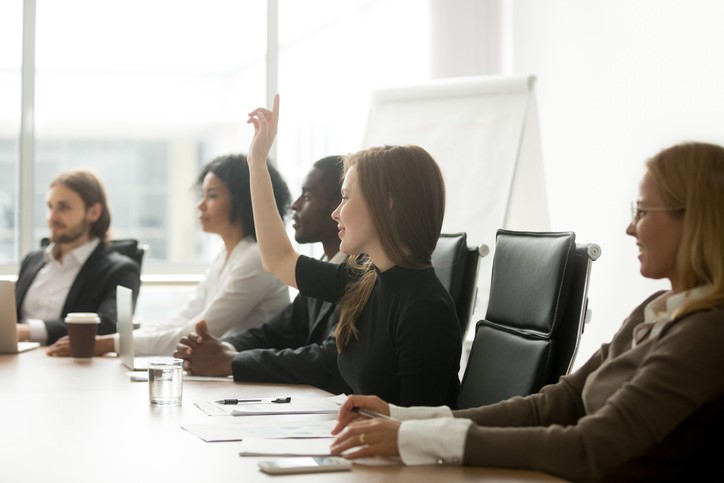 Most of the time, offering service as a nonprofit board director is a joyful and rewarding experience. Nearly every board director dreads the thought of getting a serious complaint about the executive director during their time of service. It’s not something that most board directors ever think they’ll have to face. Sometimes the reasons for asking for a vote of no confidence are clear and other times they’re sketchy at best.

Either way, the board has the responsibility for getting at the truth and taking action in the best interests of the organization.

Boards have to remember that allegations are merely allegations until they’ve been proven. Dealing with allegations makes everyone uncomfortable. Board directors may have worked with the executive director for many years and developed a good working relationship with that person. The board may not have been aware that anything was wrong until someone brought an issue to their attention.

Allegations against an executive director don’t usually surface overnight. Word of misbehavior tends to travel quickly, so whether allegations are true or not, they usually begin with some rumblings or complaints from members that are starting to occur more frequently.

Before taking any action, boards need to be careful about not expressing long-term dissatisfaction with the executive director’s performance, and then firing them suddenly and without warning.

Boards also need to consider how firing the executive director could have a trickle-down impact on staff, members, donors and others.

Uncomfortable as it may be, board directors should avoid looking the other way and hoping the problem will go away or resolve itself. Board directors may also be tempted to try to resign from the board before they have to take some sort of action, but that doesn’t help the organization, especially if they have firsthand facts of any of the issues. It’s best to tackle the issue as responsibly as possible, do the right thing and move forward from it.

Taking Some Preliminary Steps to Identify the Facts

Rather than wait until something gets blown out of proportion, boards should schedule an executive session at the first sign of trouble. After discussing the issue, boards may choose to form a sub-committee to conduct a preliminary investigation to clarify the issues and the extent of dissatisfaction among the ranks. Within a reasonable timeframe, the subcommittee should make a recommendation to the executive committee for the best approach.

The first thing that the subcommittee will need to do is to clarify the issues. The best way to do that is to interview those who are affected or who have knowledge of the issue. If the subcommittee finds evidence of unethical or illegal wrongdoing, they should inform the board immediately and proceed with firing the executive director.

The interviews should shed some light on whether the allegations may have some merit or whether they’re just rumors.

If the subcommittee agrees that the allegations may be a result of a miscommunication or misunderstanding, the next best step is to have a conversation with the executive director about them. Ask for their perspective of the situation and clarify any miscommunications or policies.

If the subcommittee suspects that the allegations are valid, they may recommend that the board hold a vote of no confidence. The outcome of the vote should lead the board to decide whether it’s possible to retain the current executive director and perhaps add some monitoring or mentoring.

While the hope is that the executive director will improve their performance, the board will want to document the actions they’re taking.

When the plan is ready, the board will need to schedule a meeting with the executive director to discuss their concerns and document them in writing for both parties to sign. The board can then identify steps for the executive director to take before the next evaluation. If the performance doesn’t improve, the board will have documents to prove that they were aware of the problem and that they took steps to address it.

The officers will also need to decide whether the executive director needs to complete anything before leaving and whether they will offer severance pay. Finally, the board will need to communicate the separation in a straightforward manner to staff, volunteers, donors and possibly the community.

Succession planning is important in the event that this type of situation occurs. Nonprofit boards that face having to fire an executive director should have at least a few resumes in their hiring pipeline. Succession planning is part of the regular board development cycle — a cycle that boards can follow from start to finish using a board portal from BoardEffect.

How to Start a Nonprofit and Create a Board

So, you have a great idea for a nonprofit organization. The process for registering and…

The Five Keys to Risk Management for Higher Education Boards

All successful enterprises need to take risks in order to grow and flourish. The percentage…

Critical Elements for Board Effectiveness

The concept of good governance is moving toward mainstream awareness. A recent blog, entitled “Strong Culture…