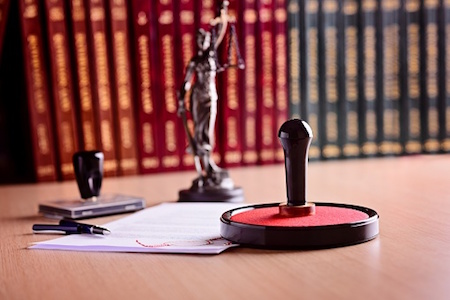 The Nonprofit Revitalization Act is a New York State law that was passed in 2013. It was the first attempt at revising the New York State Not-for-Profit Corporation Law (NPCL), which had been untouched for over 40 years. The Act had a significant impact on governance policies and practices for nonprofits. The new law didn’t work as well for smaller nonprofits in upstate New York as it did for larger cities downstate. In 2016, the state passed amendments that fine-tuned the original Act. The most notable changes pertained to related party transactions. The intent of the changes was to make it easier for nonprofit organizations of all sizes to conduct business.

Amendments to the Nonprofit Revitalization Act

Governor Andrew Cuomo signed the amendments into law in November 2016. The amendments improve and clarify some of the provisions in the original law so that it works more efficiently for all nonprofits. In addition to changes pertaining to related party provisions, the amendments address the matter of employees serving in the role of chairman of the board of a corporation.

The amendments allow boards to authorize a committee to approve related party transactions. Previously, only the board held that power.

The amendments also revise the original law to provide a limited statutory defense where a related party transaction wasn’t authorized from the start. If the Attorney General brings an action against a nonprofit, the corporation has a defense if the board ratifies the transaction as fair, reasonable and in the corporation’s best interest at the time of the approval. If the transaction involves a charitable corporation where the related party has a substantial financial interest, the board must consider available alternative transactions and approve the transaction with at least a majority vote of the directors or committee members present. In this situation, they must also document the nature of the violation in writing, as well as the basis for approving the transaction. In addition, they must put procedures into place to ensure that similar violations don’t reoccur in the future.

The amendments also replace the term “key employee” with a broader term, “key person.” This term clarifies the definition by including individuals who aren’t employees. A key person is a person who has powers or responsibilities that influence the corporation, has responsibility to manage the corporation, or who influence directors and officers. The amendments also define a key person as someone who controls or determines a substantial part of the finances or operating budget.

The amendments revise the definition of independent directors by providing a sliding scale that can disqualify directors in certain limited situations.

Directors who have a financial interest in a nonprofit corporation are still considered independent as long as the amount they receive or pay during each of the past three fiscal years is less than $10,000, or 2% of the entity’s consolidated gross revenues with the amount being less than $500,000.

The law states that these amounts don’t include reimbursement for reasonable expenses they would normally have as a director. The amendments allow independent directors to receive payments from the corporation at fixed or non-negotiable rates as long as the same rates are made available to the public at the same terms.

Amendments Related to the Chair of the Board

In its original state, the law prohibited an employee of a corporation from serving as board chair of the corporation. The amendments now allow employees to serve as chair of the board as long as the board approves the election by a two-thirds vote of the entire board and documents the board’s reasons in writing.

The original law required boards to have a majority vote of the entire board to form a committee other than the executive committee. The amendments change the provision to a majority of the directors present at a board meeting where there is a quorum.

The new law still requires a majority vote of the entire board to form an executive committee. There is an exception for boards of 30 or more members, where such boards must have at least three-fourths of those present as long as they have a quorum. The change also allows directors who hold certain positions in the corporation to be ex-officio members of certain committees.

Another important provision in the law is that it disallows boards from delegating powers to committees to elect or remove officers or directors, approve mergers or dissolutions, or adopt resolutions that recommend major sales of corporate assets. Boards with no members may not authorize such transactions or approve amendments to the certificate of incorporation.

WANT TO LEARN MORE ABOUT NONPROFIT LAWS BY STATE?

Access BoardEffect's summary and state-by-state report on board rules and regulations.

Understanding the Importance of Board Transparency

How Nonprofit Boards Should Approach Fundraising

Fundraising is a top priority for nonprofit organizations. As such, it’s the activity that rightly…

With the onset of the pandemic, a remote working environment has become a necessity for…