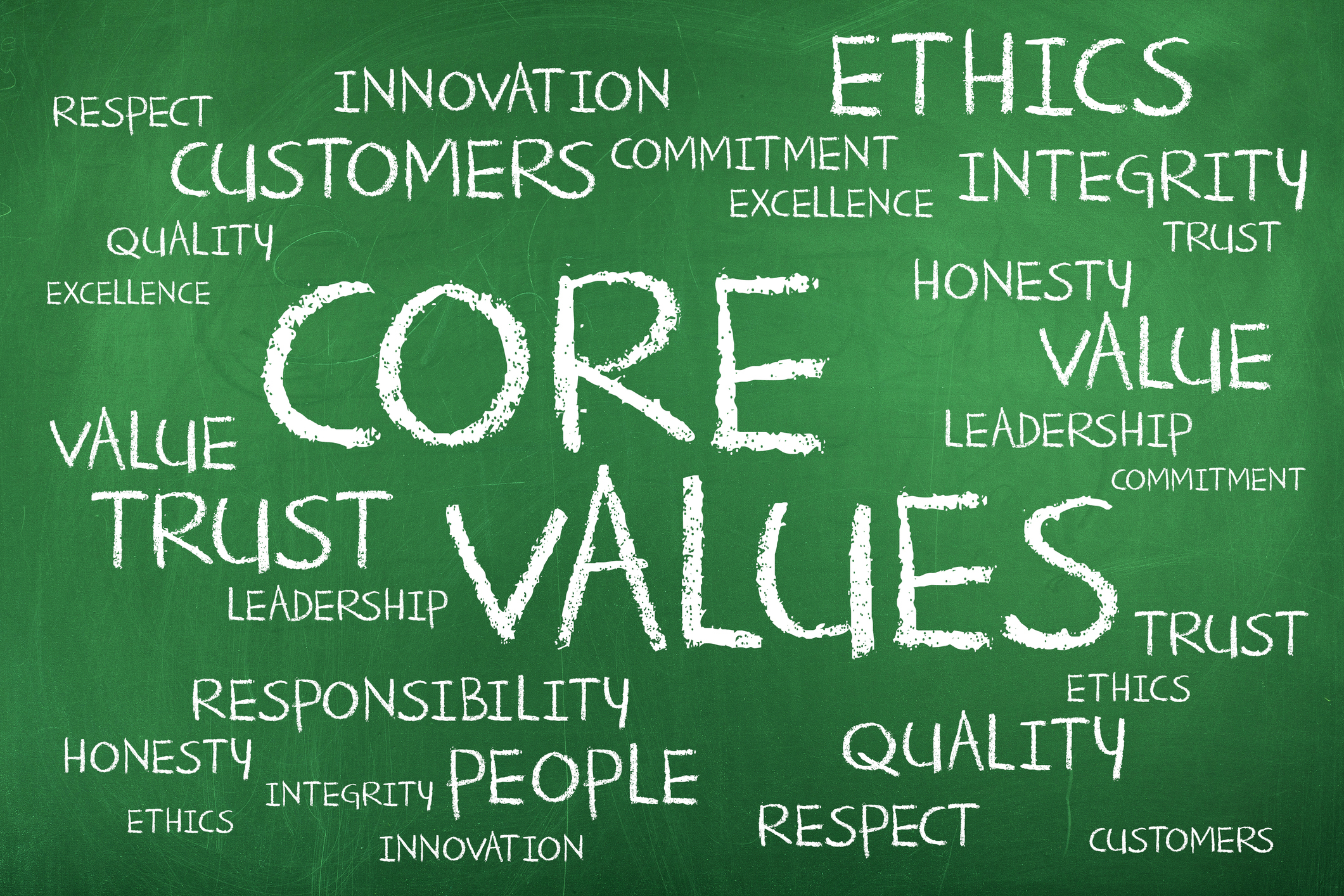 Ethical behavior means acting in ways that are consistent with what society, individuals and businesses generally accept as good values. Good values include traits like honesty, dignity, diversity, fairness and respect for individual rights, to name a few. Integrity drives ethical behavior, naturally. That’s why the overall company culture is the most important influence on ethical behavior at every level of a corporation.

The values within a corporate culture have great influence on the relationships between the corporation and its vendors, customers and employees. Good ethics means that people with the corporation are honest, fair and respectful toward everyone they deal with inside and outside of the company. When ethical behavior is genuine, it sparks ethical behavior in its employees just as parents and grandparents inspire moral values in their children and grandchildren. Ethical behavior is good for business, just as it is good for families.

Until recently, regulatory bodies were primarily interested in regulating laws and policies for the financial industry. Some of the recent cover-ups and scandals of major corporations have caused regulatory agencies to evaluate corporate behavior in general, especially as it pertains to ethical behavior.

For example, Wells Fargo got caught in a scandal where they encouraged employees to set up fake checking and savings accounts so that their managers could meet quotas, and thus, gain incentives. A federal investigation revealed that managers and lower-level employees were pressured strongly to meet steep quotas. Unethical behavior from top management trickled down to the employees, who unwittingly became part of the fraudulent scheme out of fear of losing their jobs.

The Revised Code of Corporate Governance

In 2016, the Securities and Exchange Commission (SEC) issued the new Code of Corporate Governance for publicly listed corporations. It is only the third such version of the code since 2002. Scandals like the Wells Fargo debacle motivated the SEC to include language in this version that emphasizes the board’s duty of care as it relates to ethical behavior. This version has the most robust language on the moral role of board directors regarding corporate affairs.

The new code encourages board directors to be mindful that their decisions affect stockholders, stakeholders and our entire society. The SEC encourages board directors to maintain strict adherence to the definition of corporate governance, which they define in part as “a system of direction, feedback, and control using regulations, performance standards, and ethical guidelines to hold the board and senior management accountable for ensuring ethical behavior—reconciling long-term customer satisfaction with shareholder value—to the benefit of all stakeholders and society.”

The code continues to talk about ethics under Principle 16, which states, “The company should be socially responsible in all its dealings with the communities where it operates. It should ensure that its interactions serve its environment and stakeholders in a positive and progressive manner that is fully supportive of its comprehensive and balanced development.”

This is a very different concept from how senior managers viewed social responsibility in the past. By and large, senior managers considered their philanthropic endeavors as the main events where they needed to be socially responsible. The SEC would like to see the same focus on ethical behavior in the everyday workings of the corporate environment.

All Ethical Issues Point to the Board of Directors

Corporations can perform many of the same activities as people. Corporate entities can form contracts, own property, hire staff and make purchases. Because a corporation is not human, there is no way to sanction the corporation or hold it accountable for illegal activity. A corporation doesn’t feel guilt or remorse for having harmed its employees or customers.

Governments and regulatory bodies cannot punish a corporation, but they can hold the people running the corporation accountable. The responsibility for ethical behavior anywhere within the corporation falls squarely on the board of directors because they are responsible for oversight and decision-making.

Governments institute corporate laws and regulations to discourage and control bad behavior among corporate directors and executives. Corporate lawyers have sometimes halted board directors that move in the direction of creating a morally sound corporate culture to make sure they adhere to the letter of the law.

Unfortunately, there is not a law for every circumstance. What makes it even more confusing is the laws are subject to interpretation by people, lawyers, judges and courts of law.

The best board directors will face a decision where a legal decision is not always ethical. Corporate lawyers can be a source of guidance in such matters, but board directors often have to make judgment calls when ethics are a factor, and the law isn’t clear.

Board directors first need to identify the legitimate needs of their stakeholders and then make sure all of their policies and systems align with those needs. The priorities that board directors should have at the top of their lists are the tone of their communications, role modeling and oversight to make sure that the corporation’s values are being upheld right down to the employees and customers.

In fact, evaluating corporate culture should be a topic on the board agenda.

The Final Word on Ethical Board Behavior

Poor ethics can cause bad behavior within corporations. When poor ethics trickle down to the lower levels of the entity, it causes good people to make poor and selfish decisions. Devastation can be broad and swift, and it can harm the reputation of large and small companies in the blink of an eye. There’s a lot at stake.

The best thing that board directors can do for themselves and their companies is to have an equal commitment to developing a corporate culture with strong ethical values, as they do to planning and strategizing the company’s future.

The Difference Between Short-Term and Long-Term Goal Planning

Beyond the obvious, knowing the differences between short- and long-term planning can help nonprofits navigate…

Whether the board chooses you or you choose the board, serving on a board of…

Digital transformation can help nonprofits work efficiently, enabling them to do more with less. Technology…