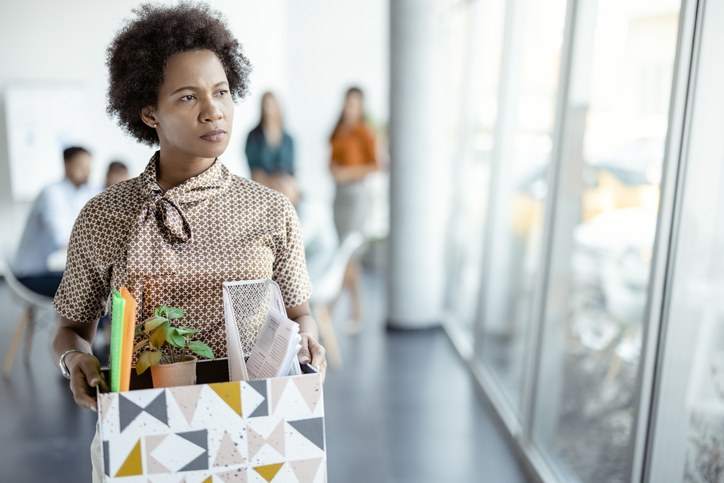 The Great Resignation is accelerating. The number of job resignations rose above 4 million for eight months in a row starting in June of 2021. While that marks an accelerating trend, it’s fair to ask when else in history have workers quit their jobs en masse.

We’re taking a historical look at what acceleration means related to the Great Resignation and what drove such high numbers. Anthony Klotz, a professor at Texas A&M University, coined the term the Great Resignation, and it was so apropos that it caught on rapidly and globally.

Was there ever a previous time in our history when job resignations also accelerated, and maybe we called it something else? We’ll give the issue a broad scope and bring the past into focus with the present.

How Do We Define Accelerating Job Resignations?

Under normal circumstances, quitting your job is usually frightening and unsettling, whether you are the family breadwinner or just work part-time. However, during the pandemic, unusual circumstances gave workers the confidence to risk letting go of their jobs.

Stimulus checks, moratoriums on rents, and student-loan forgiveness went a long way toward giving workers options they didn’t have previously. This was especially true for younger workers who had low incomes to start with.

The central question is, where do you start counting, considering the country is centuries old. Do you count any timeframe where the number trends upward? Do you pick various moments in time?

There is also the issue of whether the acceleration of job resignations are occurring across the board or just in select industries. For example, almost 7% of the accommodations and food services industry workers left their jobs in August 2021.

Is the Great Resignation Accelerating?

Looking at the available statistics on job resignations historically, it’s a bit of a roller coaster ride. The following chart shows just how many ups and downs there have been. It’s clear that recessions have played a role in people quitting their jobs.

A couple of decades ago, in 2001, just over 3.5 million Americans quit their jobs. By 2003, the numbers had dropped to 2.5 million. The numbers trended back upward after that, and they leveled out around 2008. The Great Recession hit in December of 2007 and ended two years later.

The number of people quitting their jobs took a nosedive through the first half of 2009 when just over 1.5 million workers quit their jobs. The numbers climbed steadily up to 3.5 million until 2019.

There was an extremely short recession from February to April 2020, the shortest one ever. Short as it was, it was a time of deep recession for the duration.

The number of workers who resigned dropped steeply by September 2021 and quickly rose to over 4 million by the end of 2021, and here we are at the Great Resignation.

Why Did the Numbers of Job Resignations Accelerate?

What keeps causing the number of job resignations to move at such a rapid pace? While there is no simple answer to that, labor analysts suggest several factors are prompting the event.

1. Workers worried about safe working conditions due to COVID-19. By the end of September 2021, over 55% of the population had received COVID-19 vaccines. Even so, the delta variant emerged, causing more instances of the virus along with an increase in the number of COVID-related deaths. Concern about contracting the virus may have prevented some workers from seriously seeking jobs.

2. Workers wrestled with uncertainty about daycare and school closings. As new variants of COVID emerged, parents continued to be worried about childcare while they worked if they had to switch back to quarantining and homeschooling.

3. Workers reframed their priorities. Nearly everyone knew someone who contracted COVID, and many knew people who died from it. As this reality set in, the vast majority of people started to reframe their priorities in life and how their careers fit into their new mindsets.

5. Workers considered retiring sooner than planned. Before the pandemic, workers were inclined to work past the age of 62. The Federal Reserve Bank of New York says those who plan to work past age 62 are lower than ever, dating back to 2014.

How Can Your Nonprofit Board Combat the Great Resignation?

Your board should be concerned with the acceleration of the Great Resignation for two reasons. First, your current staff could be considering quitting their jobs or switching to other careers where they can access higher wages and better benefits.

According to the 2021 Nonprofit Talent Retention Practices Survey, 70% of nonprofits expected turnover to remain the same or increase over the coming year. The survey also disclosed that 80% of nonprofits didn’t have a staff retention policy.

With this in mind, we’ve come up with the following tips to help your nonprofit board shift to the Great Retention:

The staffing needs for your nonprofit are sure to ebb and flow with time. Your nonprofit will be better able to manage the winds of change by keeping track of the impact of recessions along with other external forces that impact your employees, especially until the pandemic is far behind us.

Building a Diverse Board During the Great Resignation

Your non-profit board has committed to becoming more diverse, and is working hard to recruit and onboard new candidates who differ from existing board members in terms of their race, ethnicity, gender, expertise and perspectives. But doing this work during this pandemic – while holding in-person meetings increases health risk – adds new complexity to the board development process.

What are the Non-Executive Director Responsibilities?

As a whole, the board is collectively responsible for moving the company towards forward progression…

How to Properly Remove a Nonprofit Board Member

The Nonprofit Revitalization Act is a New York State law that was passed in 2013.…