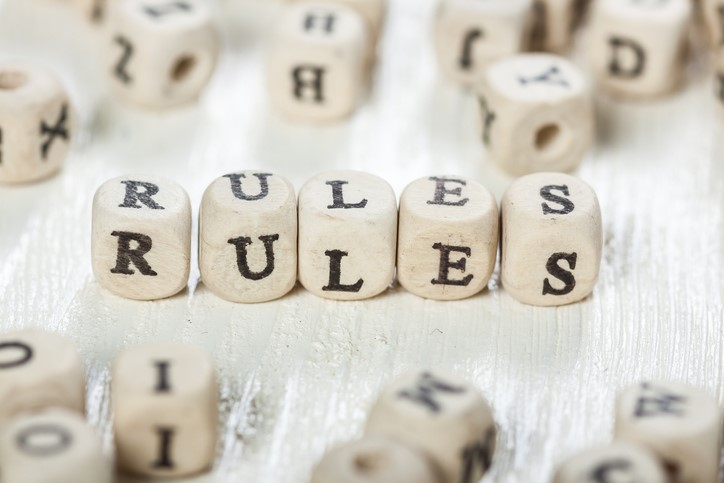 If you’ve ever driven into a confusing intersection such as a five-way stop or a roundabout, you know that the order of turns can get pretty confusing. Imagine how confusing it would be without the rules of the road. Laws and rules were created to help people keep order. When everyone follows the same rules, there’s no question about the expected protocol and everything runs more smoothly.

For a long time in our history, there weren’t any rules to govern meetings. Each group or organization ran things as they saw fit. There was no protocol or etiquette for who should speak at a meeting or when or in which order they should discuss things.

In 1876, U.S. Army Brigadier General Henry Martyn Robert changed all that. Thirteen years earlier, his church had asked him to run a meeting. As the date of the meeting drew closer, Robert searched for a resource that would help him lead the meeting fairly and professionally. Finding no universal way to run meetings, he decided to become the leading authority on parliamentary procedure. After doing much research, he developed rules that could be used for any type of meeting or organization. He published these rules in Robert’s Rules of Order in 1876. Currently in its 11th edition, the goal of Robert’s Rules of order is to carefully balance the rights of the majority to act with the rights of the minority to be heard.

Basics of Robert’s Rules of Order

To give all attendees time to plan for meetings, it’s proper to give advance notice of a meeting. The notice includes the date, time and location and a list of items, or agenda, to be taken up at the meeting. Once the agenda has been approved, it can’t be changed. Board members may allow the public to participate openly if they wish. Boards may impose a time limit. Board directors may allow the public to question them, but they may not discuss or act on the issue. The rules allow for boards to go into a closed session under certain situations that are sensitive in nature.

The word “motion” is an old-fashioned word that means an idea or subject for discussion. Motions are listed on the agenda, and they’re used to discuss a new item of business. Motions can also be introduced to ask the board to take an action or to make a decision. Once a main motion has been introduced, the board chair must manage it in some way.

Robert’s Rules of Order lists different types of motions. Some motions are debatable, and some are not. All motions must be handled in the proper order. Here are some common types of motions shown in descending order of precedence:

One person makes a motion and another person must second the motion. In the event that no one seconds the motion, it gets dropped. After a motion gets a second, the board discusses the item and then votes on it.

When a member motions to postpone the item indefinitely, there’s no further discussion of it at that meeting; however, the board may take the item up at a later meeting. A motion to postpone an item must be seconded and voted on.

A motion to table an item is similar to a motion to postpone an item. Tabling a motion requires a second and a vote. Tabling allows the board to bring the item up either later in the meeting or at a later date.

The phrase to “put the question” means that a member would like to end the debate so the board can vote on it. Putting the question requires a second and a vote. The vote requires a two-thirds majority to pass. If it passes, the board then restates the motion and votes on it directly.

Something that happens often when discussing a motion is that it brings out additional important information that needs to be considered before taking an action or making a decision. In this case, a board member would need to make a motion to amend a motion. Another member must second the motion before the board can vote on it. If the amendment passes, the original motion gets amended.

Another issue that routinely arises at a board meeting is that complex topics come up and have the momentum to take over the entire board meeting. If this happens, it’s in the board’s best interest to delegate the issue to another body, which is usually a committee. A board director would then make a motion to commit the item to a designated committee for further research and discussion before it comes back to the board. Once again, such a motion requires a second and a vote.

At the end of the scheduled time for the meeting, a member may make a motion to adjourn. Another member may second the motion and the group votes on whether it’s time to end the meeting.

There are many other types of motions, each with their own specific sets or order and rules, and they are listed in Robert’s Rules of Order. For board members who are just getting acquainted with Robert’s Rules of Order, it’s handy to keep a cheat sheet in the boardroom in case of disagreements about the rules.

Remember that Robert’s Rules of Order was developed to help any type of meeting or organization run smoothly. By following the rules, all board members can express their opinions and document the majority vote. A BoardEffect board portal is the perfect software solution for securely storing board agendas and meeting minutes. With unlimited storage, board members can retrieve important documents within seconds, even from remote locations.

It’s also important to remember that boards must speak and act with one voice. The entire board is expected to fully support board decisions even if they voted against them.

Explore how BoardEffect can bring efficiency and effectiveness to your boardroom through secure, intuitive digital tools.

Compliance in Higher Education: What Is the Board’s Role?

The Importance of Board Governance Training

Whether they have years of board experience or whether it’s their first board director position,…