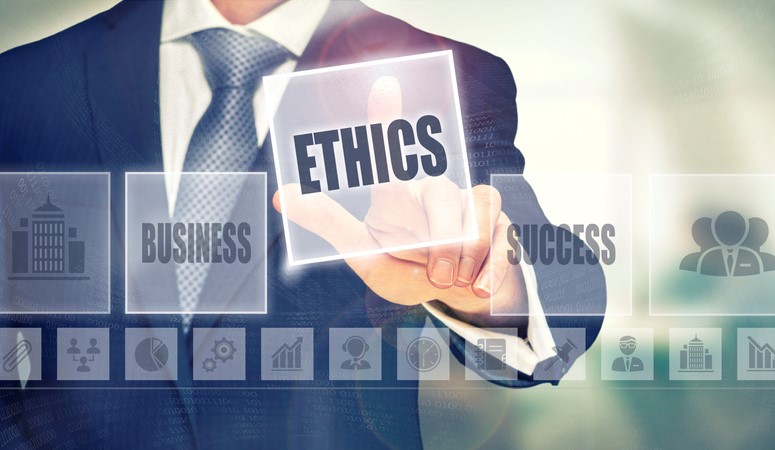 People have a natural inclination to want to trust nonprofit organizations. Along those lines, most people generally believe that nonprofits have a strong ethical culture. While the general public acknowledges that nonprofit organizations make important contributions to our society, they hold nonprofits to a high standard of responsibility and accountability. Exactly how we define ethical behavior evolves over time.

Unfortunately, not all nonprofit board directors adhere to the same high ethical standards. The media is quick to report bad ethical behavior by nonprofits in large and small ways. Unethical behavior in nonprofits bears reputational risk and possible criminal risk as well.

Technology is available to help support nonprofit boards as they work to build a strong culture of ethical behavior.

Nonprofit organizations can encounter any number of incidents that qualify as unethical behavior. Conflicts of interest are the best-known area in which board directors and nonprofit employees tend to get themselves into trouble over unethical behavior, but there are many other areas of unscrupulous behavior as well. Lying, misreporting hours, abusive behavior, internet abuse, stealing, non-productivity and other types of behavior are also major issues for nonprofit organizations.

It’s considered part of best practices for good corporate governance for nonprofits to create a Code of Ethics policy and to require that board directors, executive directors, employees and volunteers receive training for it. A training program gives employees the necessary confidence to report incidents of unethical behavior when they see them. Additional benefits from an ethics training program are that it emphasizes the importance of employees obeying the rules and regulations and upholding strong ethical standards. An ethics training program also emphasizes that each person has a personal responsibility to demonstrate ethical behavior at all times because they are representatives of the organization.

If you’re wondering if ethics training programs work, according to Nonprofit Quarterly, 68% of employees that didn’t have the advantage of an ethics program stated that they observed two or more incidences of misconduct per year, while 22% of the employees who went through an ethics training program only observed two or more ethics violations within a year. About 60% of the employees reported the incidents and the other 40% didn’t. Those who didn’t report the infractions said they were either worried about retaliation or didn’t believe the leadership would take action.

Prevalence of Unethical Behavior in Nonprofits

If you’ve ever seen an incident or crisis in a public place, you can be sure that most people in a crowd won’t take action, favoring to silently hope that someone else will step up. Admittedly, most people just don’t care to get involved in someone else’s affairs.

Nonprofit organizations must be accountable, answerable and transparent. According to the Ethics Resource Center, there are four enterprise-wide cultural approaches to organizational ethics that transform environments:

To create a culture and awareness of good ethics and accountability, those who lead, work and serve at nonprofit organizations must have a degree of “felt responsibility.”

From a legal perspective, leaders, employees and volunteers are accountable and answerable to their state attorney general and the IRS.

Servants of nonprofit organizations should also feel answerable and accountable to the people they serve and to the public. They should ask for and accept feedback from the public and use it to revise their practices to enhance their performance accordingly.

How can you tell if a nonprofit organization is upholding ethical standards? It’s not always possible to tell ethical nonprofits from unethical organizations, but there are some signs to look for:

Is the organization staying true to its mission? That’s one earmark of an ethical nonprofit.

In many cases, nonprofit organizations are relying more on earned income and less on donations to support themselves financially. This trend is causing some concern that nonprofits that sell products and services to provide much of their funding will grow more ambiguous over time. A trend for nonprofits with a focus on commercialism may cause organizations to operate more like businesses with ever-increasing demands to meet new financial goals. Boards have increasing responsibilities to make sure that nonprofit charitable organizations – and their missions – don’t get diluted.

A hallmark of ethical nonprofits is when volunteers and employees act as if the outcome matters (because it does!). Those who work on behalf of a nonprofit should make a practice of doing the right thing – rather than just doing the easy thing. Representatives of ethical organizations don’t wait for someone else to act. They’re honest and candid, even at times when honesty and frankness aren’t popular.

These are the types of issues that have called for scrutiny by donors and others. Small donors have many of the same expectations as major donors. Large nonprofits have access to more in funds, which gives them greater liberty on how to allocate those funds.

Courts are becoming less tolerant of nonprofits that are too general or are misleading about their fundraising efforts. Judges have the same expectations as donors; they expect honesty from nonprofits about the percentage of profits that actually goes to the cause. The future may bring additional rules and regulations about the amount of power that nonprofits have in regulating themselves.

Technology offers beneficial ways for nonprofits to demonstrate their commitment to ethical behavior. A board management software program by BoardEffect, with its state-of-the-art security, shows donors and the public that nonprofits are taking the issue of cybersecurity seriously, as they should. More importantly, board management software offers a secure means of storing the Code of Ethics and Conflict of Interest policies for internal or external access as needed. The software also documents board discussions about potential conflicts and ethics violations in meeting minutes. Good quality board management software systems like BoardEffect provide the tools that assist nonprofit boards as they work together toward building an ethical culture throughout their organizations.

Rev Up Your Platform Usage with BoardEffect Tune-Ups

BoardEffect is pleased to announce a new offering at BE Savvy 2016 - BoardEffect Tune-Ups.…

Board Evaluations: The Complete Guide for Nonprofits

When you serve on a nonprofit board, you’re invested in the cause and naturally, you…

Advocacy and Adjustment in the Post-Election, New Nonprofit World, Part 1

Immediate-Term Steps Nonprofits Can Take in an Era of Political Transition / Uncertainty. Every national,…