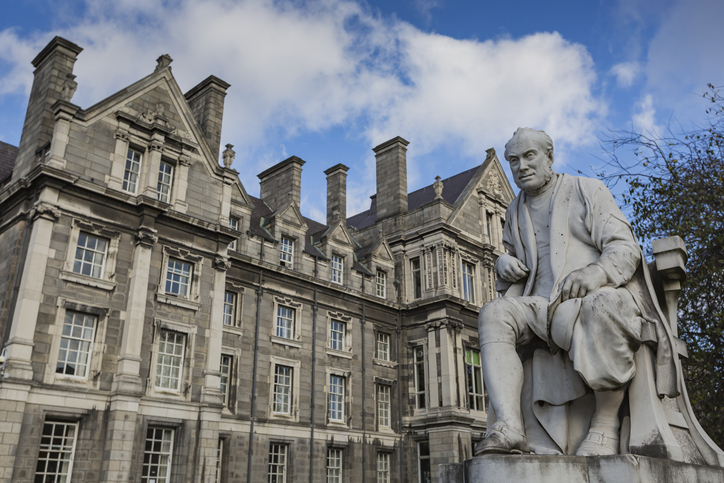 “[to] make sure we have a modern, fit-for-purpose, well supported and funded higher education system in Ireland.” — Simon Harris

The Higher Education Authority (HEA) Bill is currently through parliament. The bill aims to address governance in Ireland’s growing higher education sector. Current legislation is outdated. This new bill aims, in part, to modernize governance and promote autonomy, flexibility and transparency while reforming current legislation to reflect the changing needs of higher education systems in Ireland.

Why it is necessary

The Minister for Further and Higher Education, Simon Harris, took to Twitter to address the importance of this bill, reminding us that the last time legislation was passed regarding the governance of the higher education sector in Ireland was the Higher Education Authority Act, 1971. That was more than 50 years ago. He goes on to detail the biggest challenge facing higher education in Ireland today:

This legislation will repeal the HEA Act, 1971 and allow the Minister the legal basis to set new standards in place. Ferdinand Von Prondzynski of The Irish Times points out, “there is no such body as the HEA. It was established under the HEA Act 1971, and section 2 of that Act provides for the establishment of a body referred to by its Irish name only, An tÚdarás um Ard-Oideachas.”

According to the Act, An tÚdarás um Ard-Oideachas is responsible for five key roles:

HEA was responsible for the oversight of a small number of universities. With the drastic increase in the number of universities in Ireland, the HEA has become responsible for much more. Today, HEA responsibilities include collecting and dispersing funds to these institutions. Still, the HEA has had to rely on methods that aren’t explicitly written into the law without a framework. Although, it is essential to recognize the proposed legislation will not create new responsibilities for the HEA. Instead, it will clarify the steps to execute its existing functions better.

Under the outdated bill, the HEA has operated on implied legal powers, forcing it to allocate funds through a recurring “grant in lieu of fees.” Von Prondzynski goes on to say:

This resource-allocation role is exercised in hugely frustrating ways for the universities — though it is not the HEA’s fault. In the December Budget, the Government declares how much money is given to higher education, and it is then the HEA’s job to distribute it. Doing so takes another few weeks. As a result, universities discover around February that their annual budget for what is already a four-month-old financial year by then.

This highlights the need for new legislation to grant elected leaders the explicit authority to perform their acquired duties. By providing instructions to higher education institutions on how to best implement modern governance solutions, these provisions lead to better communication between the government and the education sector, resulting in better planning across the board.

What is in the bill?

The Act serves to put into place provisions regarding:

The Importance of Purpose in Creating Lasting Governance Solutions

Over the last 50 years, the HEA has limited capacity to execute its responsibilities effectively. In creating an outline to better help them perform their duties in the future, those original five values must be preserved to guide their decisions.

The Act includes a provision to mandate a gender balance on the governing bodies for each higher education institution. Diverse boards lead to better outcomes for all businesses, governments and institutions. The bill will also require two student members to serve on each smaller governing body. This will ensure that students have a voice to help to promote equality and opportunities in higher education.

The HEA currently engages with higher education institutions on governance issues when they arise. Instituting a uniform system across all administrations will strengthen that relationship by allowing institutions to operate autonomously within clear guidelines. This will hold individual organizations accountable. The bill states, “autonomy and flexibility are essential features of higher education institutions, but also that this must be matched with transparent governance and accountability to students, stakeholders, and the public.” This serves to further the democratization of higher education systems.

Reducing the size of governance bodies helps cut through the noise. The HEA identifies that current governance boards tend to be too large. Some universities operate with boards of as many as 40 members. This Act stresses the need for smaller competency-based boards reflective of modern governance best practices.

What is next for the bill?

For the bill to pass into law, it must first make it through Oireachtas, or the Irish legislature. Two houses comprise Oireachtas; the lower house Dáil Éireann (Dáil), and the upper house Seanad Éireann (Seanad). Both the Dáil and the Seanad must approve most bills to become law, but the Dáil has the power to override them. A bill passing through Oireachtas will be in the Dáil for five stages:

Once the bill makes it through all five stages of the Dáil, it will move to the Seanad for five more stages:

Once the bill has made it through both the Dáil and Seanad, it is sent to the president to be signed into law.

Making the Business Case for a Governance Management Solution

Want to Learn What a Board Management Solution Can Do For Your Board?

How can board and staff leaders make innovative, data-driven decisions if the only information they receive is presented in lengthy, dated and manually created, written reports?

How to Take Minutes at a Board Meeting

Taking good meeting minutes at a board meeting is an important and fulfilling role. Board meeting…