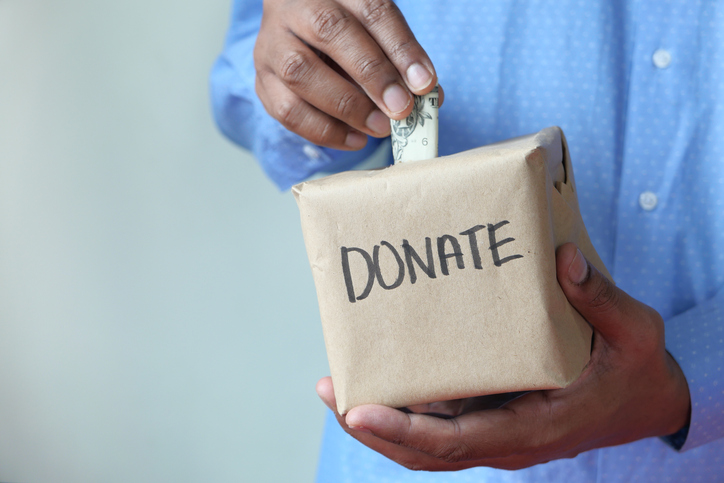 Imagine what it would be like if your nonprofit board could not only envision new ideas but have the means to implement every one of them without any concern over financial constraints. That’s every nonprofit board member’s dream.

Before you cast that dream aside, hold that thought, and consider two notable trends in charitable gift-giving – the impact of the massive numbers of baby boomers who are stepping up charitable donations as they’re retiring and the current trend among billionaires of transferring their wealth. Both demographics are trending toward giving their wealth away now, where they can rest assured knowing their generosity is truly making a difference.

With philanthropic giving at an all-time high, it’s generating a new sense of freedom for nonprofits, allowing them to reimagine governance like never before.

The Great Transfer of Wealth Movement

There’s been a great deal of anticipation about “the great transfer of wealth” as 72 million baby boomers continue to enter the retirement or pre-retirement phases of their lives. That may have inspired a change in the mindset of the world’s most notable philanthropists.

It’s hard to predict how much wealth could change hands with complete accuracy. Although, estimates indicate that the transfer of wealth could range between $30 trillion to $70 trillion over the next two to three decades.

As baby boomers comprise the wealthiest generation, their millennial children will receive larger inheritances on average than past generations. That’s a trend nonprofit boards should be aware of as millennials make up a large demographic of the workforce. More importantly, millennials tend to be a charity-minded generation. According to the Case Foundation’s Millennial Impact Report, over 84% of millennials have made charitable donations, and 70% have given more than an hour of their time to their favorite charities.

The impact of the pandemic may also play a role in the focus on transferring wealth as it’s caused people to be more diligent about creating their wills and estate planning.

In the philanthropic arena, Warren Buffet and Bill Gates, who were inspired by philanthropist Charles “Chuck” Feeney, created The Giving Pledge in 2010 to encourage other billionaires to give the bulk of their wealth away now or in their wills. Some of the wealthiest people in the world have already made their pledges through the campaign. The list of pledgers currently accounts for 222 billionaires, ranging in age from 30 to 90. The Giving Pledge went global in 2013, and philanthropists from 25 countries have since made commitments through The Giving Pledge.

Most recently, MacKenzie Scott (formerly Bezos) and her husband, Dan Jewett, signed onto The Giving Pledge. In what’s perhaps the largest distribution of donations by anyone in a single year, Scott and Jewett have donated $2.7 billion to a variety of small charities bringing their total donation amount to $8.5 billion since July 2020. In the interest of enabling nonprofits to do what they do best, Scott and Jewett believe in offering gifts without attaching any strings to them.

Through The Giving Pledge, Gates and Buffet have effectively started a global conversation about the best ways to leverage philanthropy to tackle some of the world’s biggest, most challenging problems. It’s also provided a global forum for networking among philanthropists.

As an aside, Jeff Bezos may also have taken some inspiration from his former wife. He’s increased his own giving recently, and he pledged $10 billion toward climate change.

These are just a few examples of billionaires that are making an enormous impact on nonprofits and those they serve. This shift in philanthropy evokes great excitement in the nonprofit world.

What does all this mean for the future of the nonprofit sector?

In addition to overseeing fundraising activities, nonprofit governance commands board members to give of their own finances and draw in other connections to wealthy individuals and corporations in the spirit of funding the mission. The trend of transferring wealth enables your nonprofit board to focus less on funds, freeing it to be more intentional about how best to fulfill your nonprofit’s mission.

In light of the changing mindset on transferring wealth, allow your board to do some free-thinking around the idea of how to reimagine governance.

We’ll get you started with a few “what if” scenarios:

After exploring the possibilities, your board’s vision for its future may look something like this:

What more could your board accomplish by reimagining the possibilities for future governance from what they are to what they could be?

Tapping the Potential of the Wealth Transfer Movement: Making an Investment in Innovation

The future of nonprofit governance has the potential to look very bright. Resources will be less scarce and that means nonprofits will have more flexibility to experiment, taking them to greater heights of service.

With the availability of greater sources of funding, your nonprofit will be better able to leverage technology in fulfilling its mission, which is a key component for innovation.

There was never a more opportune time to invest in a full-featured board management system by BoardEffect. With a fully contained, secure platform, your board can track grant applications and gather all the information donors might request:

By demonstrating good organizational management skills, fiduciary responsibility, and a commitment to sustainability, donors will learn that your organization is a good candidate for a major financial gift.

Until now, funding has limited your board’s aspirations. That’s all beginning to change, and there’s never been a more opportune time to unleash your board’s creativity and let it soar high.

See why over 180k users rely on BoardEffect for their board portal solution!

Dottie Schindlinger is Executive Director of the Diligent Institute, the governance think tank and research arm of Diligent Corporation. In her role, Dottie promotes the intersection of governance and technology as a recognized expert in the field. She co-authored Governance in the Digital Age: A Guide for the Modern Corporate Board Director, ©2019, John Wiley & Sons Publishers, and is creator and co-host of The Corporate Director Podcast, a fortnightly show featuring corporate directors sharing their stories about modern governance.
Dottie was a founding team member of BoardEffect, a board management software platform launched in 2007 focused on serving the needs of healthcare, higher education & nonprofit boards. Prior to BoardEffect, she spent 15 years working in a variety of governance roles, including as a board support professional, consultant, trainer, board member, and senior executive. Dottie serves as the Vice Chair of the Board of the Alice Paul Institute, and is a Fellow of the Salzburg Global Seminar. She is a graduate of the University of Pennsylvania.

The Role of the General Counsel in Governance

As 1999 turned over its digits and became the year 2000, many changes quickly took…

Choosing the Right Technology to Support Your Hospital or Healthcare Facility