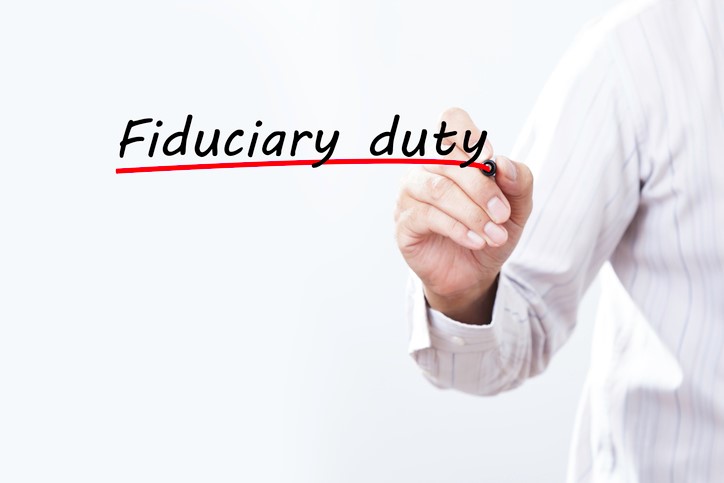 With a focus on holding corporations and organizations more accountable, all eyes fall on the board of directors. The enhanced focus on board duties and responsibilities brings boards back to the very basics of governance. Now, more than ever before, it’s vital for nonprofit board members to understand the meaning of the word fiduciary as it pertains to their role and their duties, as well as the importance of the word as it pertains to the area of governance. The pressure on nonprofit boards means that they must select new board members more discriminately by paying more attention to diversity and the gaps in the board’s skills.

Boards must place an emphasis on fiduciary duties during board member orientation and emphasize that being a nonprofit board member is an active role that requires them to participate in strategic planning and to work toward increasing their knowledge and expertise in governance.

The strive for excellence should always be the goal for nonprofit boards. Nonprofit boards that pay special attention to fiduciary responsibilities produce signs of excellence that will lead to organizations that thrive.

Understanding the Meaning of Fiduciary Responsibilities

When the word fiduciary is used as a noun, it refers to an individual, committee or organization that acts with legal responsibility toward an asset or group of assets that belongs to someone else.

The Duty of Care means that nonprofit board directors can’t treat their role casually. It requires them to have good attendance at board meetings and to actively participate in them. They must be willing to get acquainted with all the important information that their role requires and give the board the same care and concern that they’d give their personal matters.

The second fiduciary responsibility of nonprofit board members is the Duty of Loyalty. This duty requires nonprofit board members to place the interests of the organization above their own. Board directors may not profit directly or indirectly from the organization in relation to their position on the board. If there is a known conflict of interest, board directors must candidly and openly disclose it and refuse to participate in discussions and votes concerning the conflict of interest.

The Purpose and Function of Fiduciary Duties

Imposing fiduciary duties ensures that nonprofit organizations are adhering to their designated purposes and that they’re conducting their business fairly and legally. While addressing fiduciary responsibilities in a responsible manner benefits the fiduciary and the organization’s members, it also protects the nonprofit’s reputation. Nonprofits that enjoy excellent reputations position themselves so that they can more easily get grants and donors, which are so important for their sustainability.

One of the most publicized breaches of fiduciary duties occurred in the Wounded Warrior Project in 2016, when the organization’s top leaders were accused of spending donor monies for their own extraordinarily high salaries and spending lavishly on an annual conference at a five-star hotel. Public pressure caused the two leaders to lose their jobs. More importantly, the fallout from the debacle resulted in reputational damage that produced a steep drop in donations from which the group has yet to recover.

Other nonprofits have faced a similar, though less publicized, demise. With the increased focus on good governance, fiduciary duties are more important than ever.

The Role of the CEO for Healthcare Industries

Any top-level managerial job where the position requires being responsible for a large, complex organization…

Information Overload: How to Begin Building Board Content Management Systems

Some boards get a bad rap. Whether by staff, executive leadership, or even board leadership,…