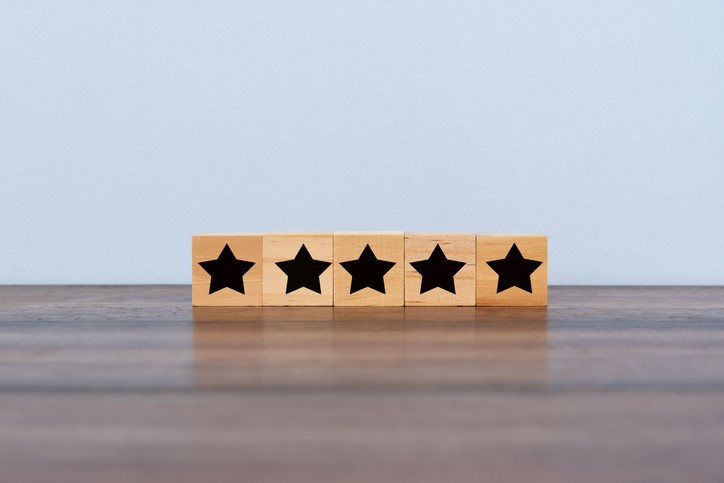 The simple fact that Snopes exists tells us much about the world in which we live, work, and fundraise. A dominant fact-checking resource, Snopes was referenced under a recent Facebook post by a friend to debunk an online myth. A supporter of many charitable causes, my friend shared a post entitled, Think Before You Donate, from 2016 to warn about five prominent, national nonprofit organizations alleged to overpay their chief executives and underspend on mission. To my great relief, someone else posted a link to a Snopes article which showed the information was not only largely inaccurate, but also outdated, having actually originated in 2005.

For fourteen years, so far, damning information about five otherwise reputable and truly ubiquitous organizations has been circulating to steer potential donors away. How to measure the impact of such negative attention? And, perhaps more importantly, how to contain – and prevent – such damage to an organization’s reputation?

Welcome to a new era, when risk management must transcend traditional board and executive management focus on organizations’ assets and legal liability to include cybersecurity and reputation. Though reputation management isn’t yet on every board member’s radar, it’s easy to make the case for heightened concern. As noted by Nonprofit Hub, the Alliance for Nonprofit Management defines risk management as an actual discipline “… for dealing with the possibility that some future event will cause harm. It provides strategies, techniques, and an approach to recognizing and confronting any threat faced by an organization in fulfilling its mission.”

Recognition of such threats is where nonprofits often struggle. In this age of constant access to information, threats seemingly come out of nowhere – and from everywhere. According to Cari Feiler Bender, President of Relief Communications, LLC, who specializes in non-profit communications, “The world is vastly different than it was even two years ago. News can be subjective and sourced from anywhere, so nonprofits must be simultaneously vigilant and efficient in monitoring and protecting their reputations.”

Six years ago, millions of Target customers realized their personal data had been exposed as the company scrambled to respond with regret and reassurance. More recently, a national nonprofit organization experienced a technology crash in numerous regions across the country. Email was down for more than a week, yet the organization downplayed the crisis in an attempt to prevent panic among donors, which instead fueled mistrust among those concerned about a prolonged silence from the organization. In both cases, the power and vulnerability of technology are made clear, as is the importance of mitigating cyber risks to protect every organization’s reputation.

According to TechSoup, malware and ransomware are common threats which can be addressed with both up-to-date software and preventive practices. Teaching staff and board members how to recognize and avoid potential viruses is crucial, yet protecting important information from such threats is even more effective. Since sharing sensitive data via email or other external channels can expose the entire system, a modern governance solution should eliminate that potential. Tools such as board management software enable the board and staff to exchange, store, and retrieve sensitive information immediately without jeopardizing security or stakeholder confidence.

We’ve all witnessed organizations facing public relations catastrophes in real time. A popular, multi-national baking company that was spoofed on Saturday Night Live (SNL) was ill-prepared for the overnight hijacking of its Instagram account. In a desperate effort to protect its brand, the company tried to manage the onslaught of viewers’ comments by disabling and deleting them before eventually posting a statement declaring the SNL content did not reflect the brand, but did generate laughs to be taken in stride.

Of course, humor typically is not the origin of crises, as evidenced by recent stories from the education sector. Numerous universities have faced public outcry following the accidental deaths of students from underage drinking, the handling of sexual assault allegations, and outbreaks of racist activities that force public examination of and changes in policies as well as administration. At the secondary school level, a parent concerned about student discomfort in a literature class led the charge to remove a classic book from the curriculum of a private school. Upon capitulating to the demand, school administration triggered backlash on social media that snowballed from Facebook to Reddit to mainstream media and national television. Donors on both sides were incensed at the expense of the school’s reputation — and fundraising capacity.

“When trouble arises, keep an eye on social media…” advises Cari Feiler Bender. “Especially the sites you don’t know how to use.” She also advises that nonprofits manage who talks to the media and what they say. “Make sure those with authority to represent the organization are trained to speak to the media, and know how to deflect difficult questions. Craft clear messaging to ensure you control the narrative. Develop crisis communications plans and get media training so that board and staff are prepared to manage any threat that could impact your organization’s image.”

While it’s well worth trying, it’s surely impossible to keep every constituent happy at all times. So how do you know when people are saying bad things about you? Social media is a growing universe, so keep an eye on the tools that matter to yours. “Especially Twitter, which is more instantaneous than Snopes,” suggests Ms. Feiler Bender. “Don’t just read tweets, but search for appropriate keywords or hashtags. Learn other ways people might mention your organization – such as your location, stakeholders, even an incorrect version of your organization’s name, and more.”

She shares a professional tip: if you see one negative tweet from a person with 100 followers, don’t over-react. If it snowballs, and has many people re-tweeting or reacting, though, it’s time to think about a counter campaign. “The best defense is a stakeholder-driven effort to engage other stakeholders,” explains Ms. Feiler Bender. For instance, if your school gets dissed in social media, leverage your alumni and ask them to tag you on positive tweets. But be prepared that you can’t control all of the conversation.

Change is not only hard, it’s often unwelcome. A trusted foundation announced its new grantmaking strategy and the community was incensed. When a local hospital was acquired by a new health system, patients and staff alike were skeptical. After a national advocacy organization hired a new CEO, stakeholders challenged the new leader’s decisions. In each case, the nonprofits followed sound policies and practices, but the neglected to communicate goals and rationales to their constituents.

To avoid increasing stakeholder angst, nonprofits often make the mistake of delaying communications. Word travels, however, so it’s essential to own the narrative. Develop a communications plan to alert constituents to change and assure them you have a clear plan for moving forward. In addition, own up to mistakes when you make them, advises Ms. Feiler Bender. “Invite conversation and apologize sooner rather than later. Don’t cover it up. Take the hit and own up to mistakes. That way, you’ll be able to move on faster.”

When’s the last time you checked what Guidestar, Charity Navigator, or the Better Business Bureau say about your nonprofit? Prospective donors and volunteers often check such sites to learn more about how your organization uses its resources. According to Blue Avocado, charity rating sites vary in their accuracy and usefulness, so keep tabs on what they say and respond accordingly. Sometimes they might highlight a practice you should consider changing, but other times they might make an assertion you’ll want to challenge. In both cases, their messaging can impact your reputation, so include monitoring such tools in your reputation management plans.

Invite your board and staff to stay vigilant about your organization’s reputation. And remember what Ben Franklin wisely observed, “It takes many good deeds to build a good reputation, and only one bad one to lose it.”

Even when you have good people all around on a nonprofit board, the structure of…

Cost-effective Budgeting for a Board Portal

Ordinarily, the community banking trends from 2020 would provide a glimpse of what's to come…