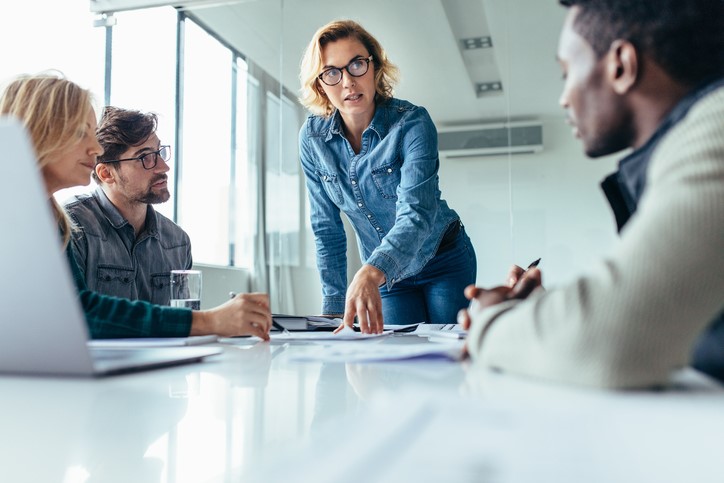 CEOs and executive directors of nonprofit organizations typically serve for long periods, especially if they’re founder/CEOs. Nonprofits generally thrive under strong, longstanding leadership. Everyone’s term comes to an end eventually. At this juncture, nonprofit boards need to be able to quickly fill the important shoes within the organization.

When nonprofit organizations haven’t done succession planning and a new successor takes over for a longstanding CEO, they often feel ill-prepared and overwhelmed. Many end up leaving their posts within the first two years. Lack of strong, consecutive leadership can prove to be catastrophic for nonprofits.

Succession planning is an integral part of good corporate governance and is critical to the mission of the organization. Studies and surveys show that nonprofit organizations and private corporations often fail to prepare adequate succession plans. A 2010 survey by Heidrick & Struggles and the Rock Center for Corporate Governance at Stanford University showed that only 54% of boards were in the process of grooming a CEO successor. The same study showed that 39% of companies hadn’t even identified any viable candidates that could replace the CEO if they needed to.

In establishing a leadership competency model for nonprofit succession, boards need to be prepared for certain challenges. On a positive note, CEOs, executive directors and presidents of nonprofits tend to serve for many successive years, sometimes for decades. Long-term leaders are also commonly organizational founders.

Because of long tenures and the organization’s reliance on strong leadership, the entire organization may go through a long and painful transition when a beloved leader makes an exit. Quality succession planning eases the emotional transition and reduces the transition time.

The reason that boards don’t often have leadership succession plans is because they haven’t made it a priority. Nonprofit board agendas tend to be jam-packed with items about problems, risks, fundraising, donor relations, operations and other matters. Since nonprofit leaders have a history of serving for long periods, their boards don’t always feel an urgency to address succession planning until it’s too late.

The reality is that succession planning isn’t difficult and doesn’t take very long. Most nonprofit boards can accomplish the process within 60–90 days.

Risks in Not Preparing for Succession Planning

Nonprofits can experience a multitude of risks in not doing their due diligence in succession planning. Many years of institutional knowledge usually leave with long-term CEOs. A CEO departure, particularly if it’s a swift departure, may cause a drop-off in staff productivity and a loss of donations. Such issues place the organization’s mission, and the people it serves, at risk.

Start at the CEO Annual Assessment

Outline a Process for Hiring

Another step in the leadership succession model is to outline a process for hiring a future CEO. If the board has enough lead time, they may want to hire a new CEO or executive director a few months before the outgoing CEO or executive director leaves. This arrangement allows for a short-term mentorship before the new leader fully takes the reins.

The leadership needs of the nonprofit may have changed since the existing leader took his or her position. The board should conduct a deep assessment of the organization’s current needs and assess candidates using a rigorous, systematic process that’s based on formal competency models. This will help boards to identify their current needs and determine whether the next tier of senior leaders or other candidates can meet them.

The board should set a goal to fill the gaps between the current leadership and the skills and experiences that a new leader might provide. This also means that boards will need to develop new leadership development plans to account for any differences.

In looking at internal candidates, it’s wise to benchmark their skills and abilities against those of external candidates. This provides the credibility of the new leader to the organization’s members and stakeholders, which should serve to ease the transition.

In an article from the AFP, authors Charles Ingersoll and Divina Gamble outline the following “Six Tactics from For-Profits”:

Succession planning is part of good corporate governance. Board management software by BoardEffect provides the perfect platform for succession planning. It’s a secure board portal with unlimited, secure cloud-based storage where nonprofit boards can keep a pipeline of candidate resumes and collaborate with one another to see the process through.

See how BoardEffect can help your nonprofit excel in both the boardroom and beyond.

Board self-evaluations are of interest to more than just the board directors. Investors, stakeholders and…

How to Start a Nonprofit and Create a Board

So, you have a great idea for a nonprofit organization. The process for registering and…

As your board completes all the requirements for becoming a 501(c)(3), no doubt you’re eager…