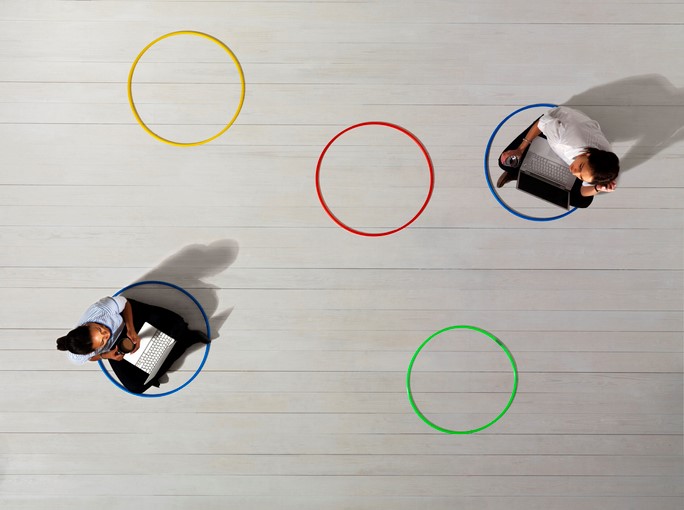 A nonprofit’s mission rules the day. Despite whatever is going on in the world, nonprofits must continue to provide services because they play a vital role in our society. Yet, when a crisis occurs, nonprofits are often the hardest hit. They don’t always get the same attention for requests for relief as their for-profit counterparts. Nonprofits often recruit employees from vulnerable populations. These are some of the very issues that cause nonprofit organizations to rightly worry about their sustainability during times of crisis like we’re currently facing with COVID-19.

It’s important for governments and philanthropists to consider the important role that nonprofits play in filling the gaps that governments can’t fill and step up their efforts now, before too many of our essential nonprofit organizations falter and are forced to dissolve. It won’t be long before the government will get to work on rebuilding the economy after this crisis. The transportation and entertainment industries will gear back up. New businesses will eventually emerge to replace those that were forced to close their doors. Unfortunately, nonprofit organizations are less likely than businesses to have the resources to sustain themselves for a lengthy time period.

The nonprofit’s mission must continue despite these times of drastic hardship. This is the time for nonprofits to take strong steps to ensure their survival. There was never a more crucial time for nonprofits to make a resounding plea to governments, foundations, and philanthropists to boost their funding efforts for the sake of saving the vital work of nonprofits.

Nonprofits Survive on Faith and Commitment

Few nonprofits have sufficient liquid assets and the necessary cash flow to survive a major crisis as we’re seeing now. According to the Nonprofit Finance Fund’s State of the Sector report, three quarters of the nonprofit organizations that responded affirmed that they had less than six months of cash reserves.

In many circumstances, nonprofit boards take action too late. In due time, they aren’t able to pay their vendors, they’re forced to lay off staff, and they halt salaries for founders. When the bank account runs dry, they’re forced to dissolve.

That’s a description of what happened to the Federation Employment & Guidance Service in 2015, which was New York City’s largest social service agency. The failure of the agency left people with disabilities, home-bound people, homeless people, and foster children without essential social services. After declaring bankruptcy, the Jewish Board of Family and Children’s Services stepped up to help the agency reorganize.

The failing of one, major nonprofit organization has a greater, longer-term impact on a community’s social service offerings. According to a report by Marsh & McLennan, nonprofits with budgets of $50 million or more, that also provide social services, rely heavily on government funding.

Nonprofit organizations provide a wide variety of social services including help for people with disabilities, impoverished people, and other programs like arts, culture, recreation, and education.

When state and federal governments have their annual budget reviews, these are often the types of services that are first to be cut.

According to another report by Marsh & McLennan, nonprofit organizations deliver around $200 billion in human services. On the average, they serve over 1 in every 5 elderly Americans and provide housing for over 200,000 senior citizens. Nonprofits also feed over 46 million people with their foodbanks and they provide homes for 670,000 foster children.

Because of the large populations they serve, nonprofits act as extensions of city and state governments. Large nonprofit groups would benefit if governments would keep in continuous contact with them just as they do with banks and other organizations for which they’ve deemed them as “too big to fail.

During this most difficult time, nonprofits need to partner with their stakeholders to preserve their sustainability. They can make some changes themselves. Other changes will require the support of their stakeholders.

To begin with, nonprofits will need to commit to conserving as many resources as they possibly can. This will require nonprofit boards to make some difficult decisions and restructuring to prevent laying off staff and to ensure that their bills are paid. It may be possible to merge with an affiliate or similar organization or pare down the core services. Taking these kinds of steps is almost always more difficult when a nonprofit is in the throes of a crisis and it’s better than allowing the organization to spiral downward.

While creditors can’t put nonprofits into bankruptcy involuntarily, it’s always best for boards to be proactive. If a miracle isn’t on the horizon, it’s best for the board to plan for a responsible dissolution.

Working with Donors to Maintain Funding

The most proactive thing that nonprofit boards can do at this time is to work diligently with the government, foundations, and philanthropists to keep support and donations high rather than allowing funds to dissipate by attrition.

As nonprofits usually need to step up their services during a crisis, it’s important to impress upon governments and funders the importance of the work your organization does. Just as nonprofit organizations provide services to supplement the services governments can’t provide, governments need to continue supporting nonprofit organizations during the worst of times and that requires advocacy on the part of nonprofits. With regard to private funders, it’s better to ask for additional funds during crisis times in lieu of lesser giving in the coming years when nonprofits are better able to manage.

Some philanthropic leaders are also taking a proactive approach to increasing their own funds. This is their way of ensuring that they can supply the current need to support nonprofits. Bear in mind that the 1% wealthiest population is the best positioned to get through this crisis. Without the stress of having to support themselves, they are able to help people and organizations that are less fortunate.

The harsh reality is that our country is likely to lose some nonprofits before the crisis ends and possibly more at some later date. Hopefully, some will be able to rejuvenate under the same name or provide services under a different one.

The passion for nonprofit work must continue to live on as we all work together to rebuild our lives and societies when the crisis ends. The lessons we learn during this time will serve us well when the next crisis hits.

BOARDEFFECT CAN HELP YOUR ORGANIZATION WEATHER THE CRISIS

BoardEffect is offering its software to small local nonprofits free of charge through the COVID-19 crisis. See if your organization qualifies and how you can benefit from BoardEffect.

ESG, or environmental, social, and governance, is an issue that’s making big waves, and ESG…

How Nonprofit Leaders Can Improve Their Advocacy Through Storytelling