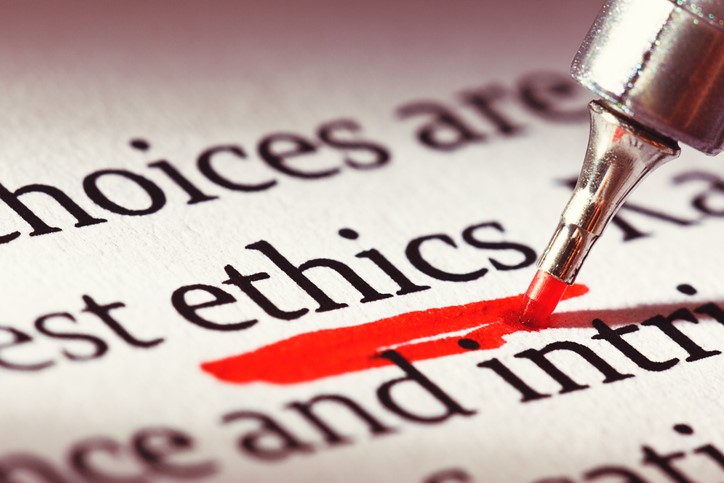 Would you agree that as long as something is legal, it’s also ethical and acceptable to you? Unfortunately, words and actions aren’t so black and white, especially when it comes to nonprofit organizations. Ethics is an important topic that individuals, business owners, organizational leaders, and parents have to assess on an ongoing basis. Recently, corporate and political misconduct are also giving rise to this question.

Social Innovation Review cites an egregious example in John Thain, CEO of Merrill Lynch & Co., a corporate leader who abused his power. Thain spent $1.22 million to redecorate his office in 2008 while the company lost funds around $27 billion. Thain’s purchases included aa $1400 trash can and a $35,000 antique commode.

The same article cites an example of abuse in the nonprofit sector. EduCap Inc., a multibillion-dollar student loan charity, took advantage of its tax-exempt status when it charged excessive interest on student loans, according to IRS records. To make matters worse, its CEO and her family used the nonprofit’s $31 million private jet for personal use.

These examples demonstrate that nonprofits need to be aware of common ethical issues for nonprofit organizations, as well as the issues that lead to them, and how to prevent trouble.

Lack of Ethics Breaks Down Trust and Confidence

Unethical behavior erodes confidence in nonprofit leaders and breaks down trust. Many nonprofits have good intentions of upholding integrity and ethics; however, their policies don’t always meet reality. A 2007 National Nonprofit Ethics Survey showed that just over 50% of nonprofit employees had observed at least one act of misconduct within the prior year. Almost 40% of nonprofit employees responded that they didn’t report unethical behavior because they didn’t think their employer would address it or they feared retaliation from their superiors or peers.

A 2008 Brookings survey reported that about 33% of Americans lacked confidence in charitable organizations. About 70% of individuals said they felt charities wasted money and only 25% of people thought charities did a good job of helping people. Along the same lines, a 2006 Harris Poll showed that a mere 10% of Americans felt that charities behaved honestly and ethically pertaining to their use of donations. About a third of people think that most charities are seriously off track with their stated purpose.

Issues That Lead to Unethical Behavior in Nonprofits

With so much at stake, we have to wonder why so much unethical behavior continues to exist in the nonprofit sector. The answer lies primarily in human nature and each individual’s commitment to ethical behavior.

People have various capacities for moral judgment. Some people have trouble recognizing morality and others have trouble analyzing it. Everyone has different priorities related to moral behavior. In addition, outside influences can impact everyone’s ability to hold tightly to their moral values.

To uphold ethical behavior, people have to be morally aware enough to recognize that ethics and integrity are at risk in certain situations. Moral recognition leads to moral decision-making which requires individuals to decide how to act in an ethically correct manner. Moral intent also plays a factor because it requires us to decide which of our moral values should take priority before making a decision. Finally, moral action requires us to follow through on an ethical decision.

Certain areas of ethics tend to plague nonprofit organizations more than others.

The topic of compensation is an ethical issue for many people. Is it ethical to support a nonprofit where leaders are paid more than a modest salary? That question becomes even more complicated when the organization is struggling to meet its purpose or goals. Some volunteer leaders and staff of nonprofits feel that it’s ethically appropriate to benefit from perks provided by the nonprofit because they’re not getting paid.

Travel expenses are another hot-button issue for nonprofits. If volunteers or employees earn frequent flyer miles in the course of nonprofit work, is it fair to use them for personal purposes? Is it ethical for nonprofits to hold meetings or events at expensive venues? The Panel on the Nonprofit Sector recommends in its Principles for Good Governance and Ethical Practice that nonprofits have clear written policies for reimbursement that are reasonable or cost-effective. These are very subjective terms.

Conflicts of interest are also common concerns in the nonprofit arena. There is a lot of subjectivity around what constitutes a conflict and what is considered preferential treatment.

Donors also expect transparency around how nonprofits spend their money. Sometimes donors are compelled to donate sums of money based on an emotional response only to find out that a nonprofit allocated an unacceptable amount of money for reserves, publicity, or other indirect purposes.

Another issue that nonprofits struggle with is financial integrity related to who is donating to them. If they receive donations from people or organizations whose values are vastly different than the nonprofit, it doesn’t always reflect well on the nonprofit.

Socially responsible advocates encourage nonprofits to review their financial portfolio to ensure that it’s consistent with their stated values. Nonprofits have much liberty in choosing how to run their operations and that applies to receiving and spending funds. Nonprofits are apt to be more closely scrutinized because of unethical behavior of nonprofits that have made unwise decisions.

In light of this, nonprofit boards need to ensure that they have solid Code of Conduct policies and compliance programs. Clear rules and expectations that are consistently enforced help to give nonprofits a strong reputation. Ethical behavior by senior leaders helps to reinforce a nonprofit’s core values. In turn, strong ethics will prohibit misconduct, promote trust, and reduce liability.

Nonprofits should also be aware of how they’re using their resources and practice transparency around their finances. Ethical behavior begins at the top. Nonprofits that integrate their values in decision-making help to enforce a culture of ethics and integrity.

In conclusion, ethical behavior involves a challenging relationship between each individual’s sense of morality and the cultural influences they perceive in the nonprofit they work for. Unethical behavior can result in civil liability or criminal convictions. Both are difficult for nonprofit organizations to overcome.

How Should Hospital Boards Conduct Board Self-Evaluations?

How Does a Board of Directors Assist in Startup Funding?

Robert’s Rule of Order: 6 Reasons Why Board Members Abstain

Procedures are fundamental in nonprofit voting, and nonprofit board members need to understand how voting abstentions…