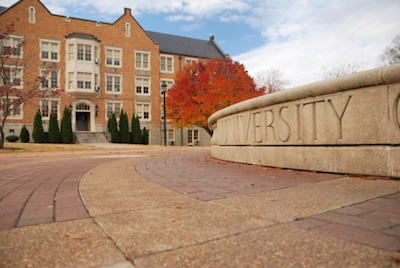 While the reasons for strengthening governance in colleges and universities haven’t changed, the current economic and societal climates require a change in the governance structure for institutions of higher learning.

Historically, there’s been a unique difference between college and university boards and other boards of trustees. In higher education, private boards have largely drawn their members from alumni and donors. The government typically appoints all or most board members for public boards. Either way, college trustees have largely been nothing more than figureheads and fundraisers, leaving the work of running the college to the senior managers.

Rising tuitions and saturated job markets are placing new and increased pressures on college and university leaders. An AGB survey showed that about 68% of trustee respondents said that the high cost of tuition was one of their top-three concerns. The other two major concerns were student debt and the ability of colleges and universities to respond to the changing needs of students and employers.

In recent times, there’s been mounting pressure from the public for college and university boards to take a stronger role in governance, mirroring the expectations for all other entities.

It’s time to recognize that the role of college and university trustees is changing, and more is required of them. Changes in the role of board trustees also change the dynamics between boards and senior managers, as trustees begin to accept greater responsibility for strategic planning and oversight. Expectations for college boards of trustees should be clear and they should be based on the needs of today.

Establishing Clear Expectations and Standards for College and University Trustees

In general, healthy governance requires boards to establish clear expectations and standards for their members or trustees. Most boards develop a written statement of trustee responsibility and a small percentage of them require trustees to sign it.

In 2009, the Association of Governing Boards of Universities and Colleges (AGB) did a survey on higher education governance and found that 68% of boards have a statement of trustee responsibility. About 15% of public and independent boards require trustees to sign statements of responsibility.

The Changing Role of College Board Trustees

In recent years, college board trustees have been chosen more for reputation than for their board knowledge or expertise. There are plenty of critics on both sides of the issue.

AGB reports that about a third of college and university board trustees lack financial training and more than a fourth admit that they do little to oversee the college’s budget or finances. Some critics cite the lack of skill and experience of college trustees is causing them to be too complacent. The result, in many cases, has been low enrollment, low graduation rates, poor job outlook, substandard education and escalating tuition rates.

These issues are starting to necessitate that boards emerge from the shadows and transition from their roles as donors and boosters.

Change is never easy, especially when it’s steeped in longstanding tradition, as it is in colleges and universities. Critics on the flip side of the issue worry that boards of trustees are taking so much control that they’re meddling too much in the day-to-day affairs of colleges and overstepping the roles of management. Those who oppose the changing role also express concerns over new allegations of political or ideological matters.

According to another AGB survey, about 57% of college trustees felt that the public’s perception of higher education has declined over the last 10 years or so. Of those respondents, only 38% thought that colleges would be willing to change. About 28% of the trustees who responded to the survey also pointed to the issue that faculty members didn’t support higher education’s current business model. The survey also highlighted a lack of confidence in institutional leaders to make changes and inconsistent consensus on major issues among the leaders.

Regardless of which side trustees are on, the transition in the expectations for the role of board trustees are starting to create new conflicts between trustees and college presidents and other managers.

A statement by Jeffrey Sonnenfeld, senior associate dean for leadership studies at the Yale School of Management, sums things up nicely, “There are some reckless things being done in the notion of university governance. Just like in the corporate world, good governance means you’re supposed to be there thinking about the best interest of the total institution, not a lobby on behalf of narrow interests.”

As the role of college trustees has changed, so has how boards conduct their duties. Board portals are an important resource for college and university boards to manage board duties efficiently and cost-effectively. Board portals assist board directors in managing important board cycles, storing articles of incorporation and bylaws, board minutes and agendas, board member duties and other important documents in a secure program. Using a board portal will help board trustees stand up to the increasing pressures that come with the job and allow them to do their jobs professionally.

How to Resign From a Volunteer Board

If you’re like most people, you consider it an honor to be asked to join…

How Does a Board of Directors Assist in Startup Funding?

Women on Boards 2020: The Campaign to Increase Women Directorships